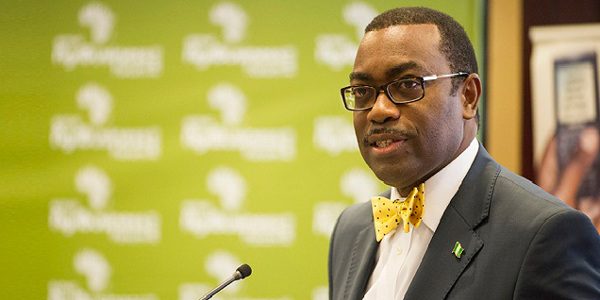 U.S. Treasury Secretary Steven Mnuchin rejected plans by the African Development Bank’s board to end an investigation into its president, Akinwumi Adesina, and called for an independent probe into allegations against him.

In a letter dated May 22 and addressed to Niale Kaba, chairwoman of the bank’s board of governors, Mnuchin said the Treasury disagrees with findings by the bank’s ethics committee that “totally exonerated” Adesina. Kaba confirmed receipt of the document and declined further comment.

The intervention by the Treasury, the AfDB’s biggest non-African shareholder, comes two weeks after the ethics committee found no evidence to support allegations of favoritism by Adesina. The 60-year-old bank chief, who has repeatedly refuted the allegations, is the only candidate up for election as president at an annual general meeting scheduled for August.

“We have deep reservations about the integrity of the committee’s process,” Mnuchin said. “Instead, we urge you to initiate an in-depth investigation of the allegations using the services of an independent outside investigator of high professional standing.”

The U.S. Treasury didn’t immediately respond to an emailed request for comment.

Adesina was accused by a group of unidentified whistleblowers of handing contracts to acquaintances and appointing relatives to strategic positions at the Abidjan-based lender.

“Considering the scope, seriousness, and detail of these allegations against the sole candidate for bank leadership over the next five years, we believe that further inquiry is necessary to ensure that the AfDB’s president has broad support, confidence, and a clear mandate from shareholders,” Mnuchin said.

The U.S. has a 6.5% stake in the lender, the largest shareholding after Adesina’s home country of Nigeria as of November 2019, according to the AfDB’s website.

U.S. criticism of the bank’s internal processes follows comments by World Bank President David Malpass in February that multilateral lenders including the AfDB tend to provide loans too quickly, and, in the process, add to African nations’ debt problems. The bank rebutted the statements as “inaccurate and not fact-based.”

The AfDB is Africa’s biggest multilateral lender and has an AAA rating from Fitch Ratings, Moody’s Investors Service and S&P Global Ratings. Its shareholders are Africa’s 54 nations and 27 countries in the Americas, Europe, Middle East and Asia.

In March, the lender issued a $3 billion social bond to help African countries deal with the fallout from the coronavirus pandemic. Bids for the securities on the London money market exceeded $4.6 billion. The bank also launched a $10 billion crisis-response facility for African nations.

Read the full text of the letter below:

The United States received your letter of May 5, in which you share your view that the board of governors of the African Development Bank should adopt the conclusions of the bank’s ethics committee and declare that the president is “totally exonerated of all the allegations made against him.” Our constituency cannot make such a declaration at this time. We have deep reservations about the integrity of the committee’s process.

Instead, we urge you to initiate an in-depth investigation of the allegations using the services of an independent outside investigator of high professional standing. We emphasize that undertaking an independent evaluation of facts, at any stage, is not at odds with a presumption of innocence.

The allegations set out in the whistleblower complaint submitted on January 19, 2020, raise significant issues that all relevant governing bodies of the bank must handle with the utmost care, using all tools available to them. Had the ethics committee undertaken a proper preliminary examination that was in line with the board of governors resolution B/BG/2008/l 1, standard practices at other international financial institutions, and the bank’s own rules and procedures, it would have reviewed available facts that could be gathered by external counsel and found in internal bank records.

We fear that wholesale dismissal of all allegations without appropriate investigation will tarnish the reputation of this institution as one that does not uphold high standards of ethics and governance. This is a serious risk when we need strong confidence in the AfDB to play an influential role in the current global economic and health crisis, and when many shareholders are seeking legislative support for payments under the recently-concluded general capital increase.

Therefore, the United States cannot support dismissing the allegations at this stage. We believe the board of governors must demonstrate that this institution takes governance, anti-corruption, and transparency seriously. We thus request that you take steps to initiate an impartial, independent investigation into these allegations. Whatever the outcome, the AfDB will emerge stronger for having taken seriously its obligations to uphold good governance.

The United States sincerely wishes the AfDB to remain a high-quality institution with the capability to address the needs of the African continent, particularly at this critical time. Considering the scope, seriousness and detail of these allegations against the sole candidate for bank leadership over the next five years, we believe that further inquiry is necessary to ensure the AfDB’s president has broad support, confidence, and a clear mandate from shareholders.
Please accept our regards and appreciation for considering our request.