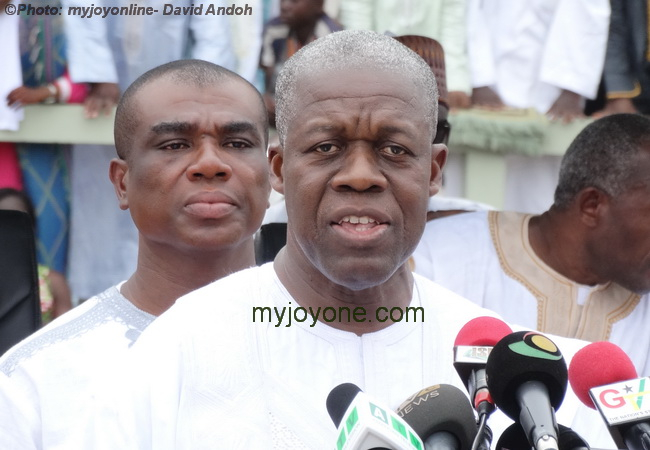 Accra, May 12, GNA – Vice President Kwesi Amissah-Arthur has urged political leaders to ensure that their followers remain law abiding because should the security of the nation break down no political administration could prosecute its socio-economic agenda.

He urged Ghanaians to promote tolerance and harmony, especially in the run-up to the November General Election and resist any act that could jeopardise the peace of the nation.

Vice President Amissah-Arthur was addressing the Opening Service of the 42nd Session of the General Council Meetings, held at the Pentecost Convention Centre, at Gomoa Fetteh.

The meeting which is on the theme: “Hearing and Obeying the Lord’s Voice in my Generation”, is being attended by the heads of the Church’s Ministries, Elders, and missionaries across the world.

The meeting would also discuss the State of the Church, the 2015 Financial Reports and 2016 Budget Proposals and also elect some executive members.

The Vice President said every citizen had a role to play to maintain the integrity of the nation by doing what was right.

He commended religious bodies for the important roles they had played over the years to keep the country safe and secure.

He, however, cautioned against using religion to divide the nation, saying this could be detrimental to the country’s development.

On developmental issues in the area, Vice President Amissah-Arthur pledged the Government’s commitment to rehabilitate the Kasoa-Nyanyano Junction Road, through to the Millennium City to the Pentecost Convention Centre.

He, therefore, tasked Mr Isaac Adjei Mensah, the Deputy Minister of Roads and Highways, who was at the programme, to see to the completion of the project.

Apostle Dr Opoku Onyinah, the Chairman of the Church of Pentecost, also stressed that it was important for all Ghanaians to do their bid to promote a peaceful campaign season, successful elections and unity of purpose thereafter.

This, he said, would raise the image of Ghana high in Africa.

Apostle Dr Onyinah said despite the success story of Ghana’s elections over the years, Ghanaians were fully aware of the build-up of tension prior to every election.

He said the situation sometimes led to a few unpleasant clashes, which affected Ghanaians in some way, irrespective of their religion, race; social or ethnic background or political inclination.

He, therefore, appealed to political parties to desist from acts of impunity and provocation and also encourage their followers to do same.

Apostle Dr Onyinah stated that the culture of insults on the airwaves must not characterise this year’s elections.

“Let us conduct ourselves in a manner that will always promote peace and development of the nation,” he stressed.

He called on Ghanaians to demonstrate responsible behavior, culture of tolerance, respect for one another and the rule of law.