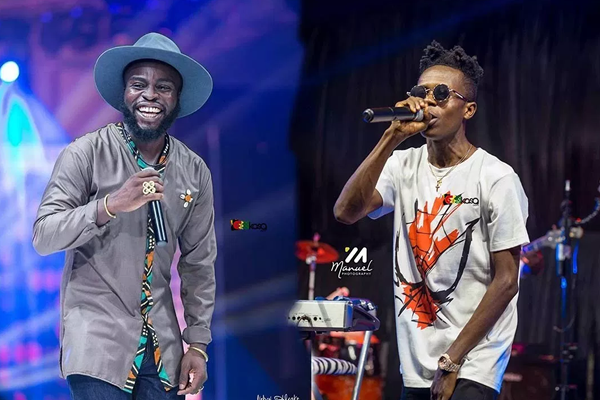 Rapper Strongman has finally released the visuals to his viral single ‘Ups and Downs’ which features M.anifest.

The single was first released in June 23, after a weekend of heated rap battle between Strongman and Medikal.

‘Ups and Downs’, the rapper had said, was not an attack at his then-rival Medikal but a pre-recorded song which only got caught in the crossfire.

But with lines like “you lost the game but you don’t need to lose your prestige” from Strongman and “are you content with your content” among others from M.anifest, many people doubted if it was not created for the beef.

The ‘Transformer’ hitmaker uses this video to pay homage to rap legends like Obrafuor, Lord Kenya and Tinny by highlighting snippets of their works.

As a new generation rap artiste, Strongman is seen sitting in a chair next to the television which continues to show some of these rappers who have worked hard to grow the hiplife genre.

The rap artistes look very active with great visualizations of the lyrics in the Kofi Awuah II directed video.