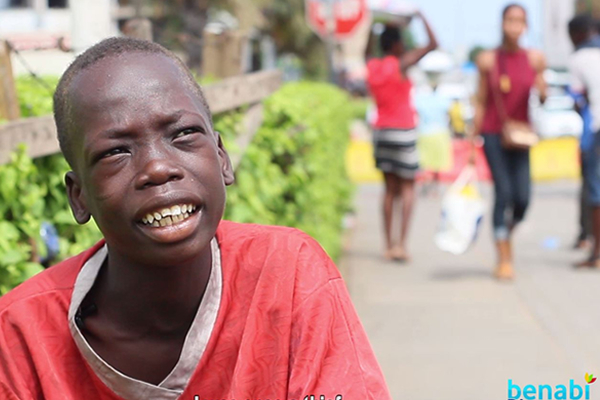 A homeless boy found sleeping on the pavement close to Accra Mall, has revealed how the breakup of his parents’ marriage, affected his education.

He told the Benabi Discovery team that his dad sold his school uniform to an unknown person right after divorce with his mum.

The 14-year-old Joseph Boateng, popularly known with the nickname ‘AhoÉ”fÉ›’ and a native of Agona Swedru in the Central Region, lived on the streets for over four years.

Money was a big challenge for him after his parents separated. He was left with his fate to struggle through life and survive.

He had no choice than to join a friend migrate to the city to seek a better life.

The homeless boy revealed top secrets and experiences on the street. He had a street friend who joined him to share his experiences as well.

AhoÉ”fÉ› had a dream of being a bank manager, he still feels his dream can be accomplished despite his conditions.

Watch the full documentary below: