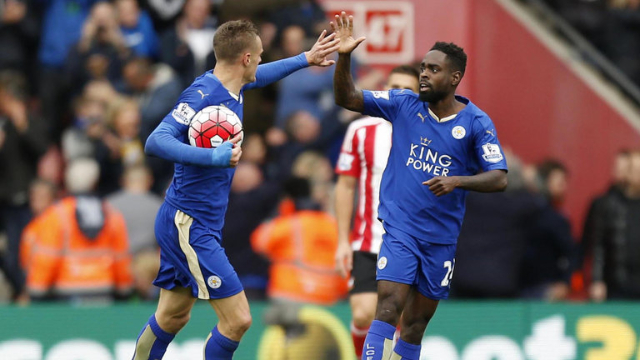 Stoke are without a handful of players due to hamstring complaints: Stephen Ireland, Peter Crouch, Geoff Cameron and Marc Muniesa. Bastian Schweinsteiger is absent for Manchester United serving the final game of a three-match ban.

Captain Micah Richards is again missing for Aston Villa with a knee injury. Andy Carroll could return for West Ham.

Josh King is unavailable for Bournemouth with a hamstring injury, meaning Glenn Murray could deputise again. Crystal Palace are without Bakary Sakho and Dwight Gayle.

Eden Hazard could be available for Guus Hiddink's first game in his second spell as interim Chelsea manager. Nathan Ake is ineligible to play for Watford against his parent club.

Danny Drinkwater is expected to miss the match for Premier League leaders Leicester. Liverpool will welcome Simon Mignolet back between the posts.

Vincent Kompany is poised to return for Manchester City. Sunderland are without Younes Kaboul, who was ruled out for several weeks with a hamstring problem.

Wayne Routledge has shrugged off a knee injury to make the Swansea squad. Salomon Rondon and James McClean start their three-game bans for West Brom after the pair were sent off in the 2-1 defeat against Bournemouth.

Tottenham have Ryan Mason available again after he recovered from an ankle injury. Andre Wisdom is "touch and go" to make the Norwich side.

Papiss Cisse is a major doubt for Newcastle. Everton quartet Phil Jagielka, Steven Pienaar, James McCarthy and Bryan Oviedo are pencilled in for a festive return – but this clash may come soon.

Southampton are sweating on the fitness of Maarten Stekelenburg , who has a toe complaint. Alexis Sanchez has suffered a setback in his return from a hamstring injury and will not feature for Arsenal.