Video: Only 15 MPs show up in parliament - MyJoyOnline.com

Video: Only 15 MPs show up in parliament 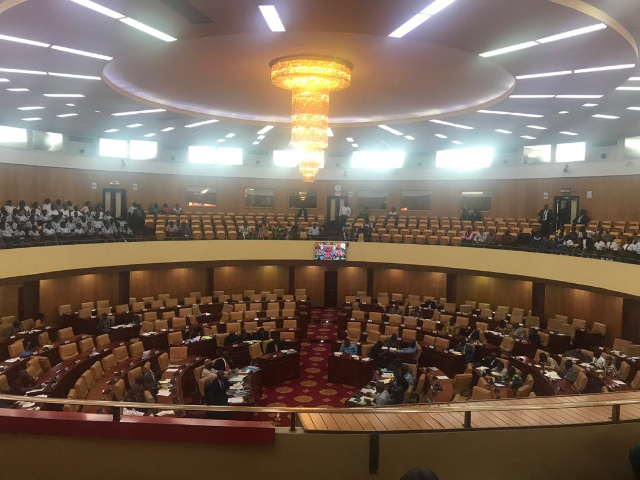 Only 15 of the 275 Members of Parliament were present on the floor when sitting commenced Thursday.

As a result, the speaker, Prof. Mike Ocquaye, urged MPs to take the sitting of the house seriously and prioritise it over anything else.

“In a way, we have an appointment with the good people of Ghana, particularly the young ones, who come to listen to their Parliament,” he said watching a near-empty parliament contrasting a well-seated gallery.

Truancy is not uncommon in Ghana’s Parliament.

Odekro, a Parliament-focused civil society organization, found in its research on the “First session of the seventh Parliament, 2017”, absenteeism is a problem in the chamber.

The 50-page report reveals that Ministers of State who double as Members of Parliament absented themselves more frequently than MPs without a Ministerial position.

As “punitive measures”, Odekro suggests that “MPs found to have no reasonable excuse to be absent without written permission from 15 sittings and beyond should be asked to vacate their seats in line with Article 97(1)(c) of the 1992 Constitution of Ghana.”

But it does not seem any cue was taken from this report as Health Minister, Kwaku Agyemang Manu was absent to respond to questions when sitting commenced today.

Majority Chief Whip Ameyaw Kyeremeh told the house he was unable to reach the minister for explanation on why he could not show up.