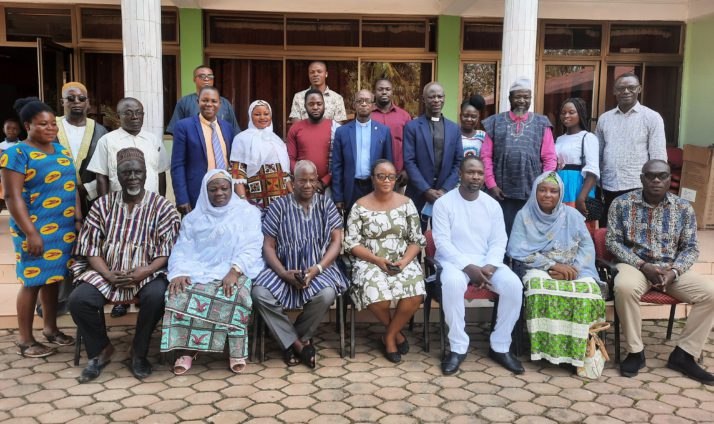 The Bono Regional Peace Council says violent extremism is real, requiring residents in the communities to be extra vigilant and report individuals with suspicious characters to the security agencies.

The Council says communities along the border, especially, must always be on the lookout to help foil the activities of the extremists.

According to a Board member of the Bono Regional Peace Council, Mamaa Afari-Gyan situations that drew violent extremists to attack neighboring countries –Burkina Faso and Cote D’Ivoire are present in Ghana hence, community members need to learn to speak about issues concerning threats when they see them.

She made the remarks in Sunyani, Wednesday, at the Council’s advocacy campaign workshop on peacebuilding and early warning engagement on preventing violent extremism.

The one-day programme with participants including Civil Society Organisations, Christian and Islamic religious leaders, Women and Youth groups was sponsored by the Commonwealth Secretariat.

“The increasing youth population and its attendant problem of unemployment, the existing conflicts that the extremists are exploiting, including land, chieftaincy, and farmer-herder conflicts are all present here in Ghana that drives and worsens local tensions”, she said, adding that the situation makes the country vulnerable.

Mamaa Afari-Gyan further said the country’s vulnerability “underscores the need for action to combat the effects of violent extremism which is a threat to the stability and peace of the country”.

She believes this can be achieved with a concerted action with all segments of the society pooling their energies and resources together.

She called on the stakeholders to be key actors in raising awareness on the effects of violence and how violence starts, run educational programmes on diversity and inclusiveness, promote peaceful coexistence, speak out against hate speech, promote sustainable lifestyles, and the use of dialogue.

The lawyer also urged the participants of the advocacy campaign to endeavor to share the outcome of the engagement aimed at preventing violent extremism in the communities with the people they represent, especially the youth.

In a virtual address, Amy Longland, Programmes Officer, Commonwealth Secretariat’s Countering Violent Extremism (CVE) Unit said it is important for stakeholders to strengthen research and information sharing on the key drivers of radicalization and the most effective strategies of building community resilience to prevent violent extremism.

Civil society groups as core partners in the struggle against violent extremism, she said, must be empowered with particular emphasis on the youth, women, religious leaders, and victims of violent extremism.

“Local groups and individuals in the communities are best positioned to lead efforts to counter violent extremism as they often have the greatest knowledge and credibility to address its underlying drivers. We must counter the narratives of violent extremism by amplifying authentic voices from the risk communities’ ‘, she stressed.

Amy Longland further noted that social and economic grievances that violent extremists exploit must be addressed by working with the risk communities to better understand their concerns and design effective responses.

The Bono Regional President of the Federation of Muslim Women Association of Ghana, Hajia Memuna Mohammed, entreated community members to practice patience and learn to apologize, especially when one offends the other.

She, however, appealed to the community, political, religious, and security leaders in the region to discharge their roles very well to ensure a peaceful environment to prevent violent extremists from exploiting.