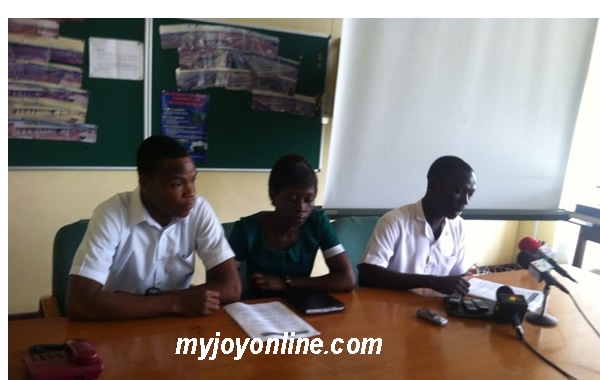 Junior nurses and midwives in the Volta region have expressed their displeasure over government's delay in paying their salary arrears.

According to the Junior Nurses and Midwives for Justice, for the past 11-18 months they have been living on their allowances instead of their salaries, a situation which has made life unbearable for them.

At a press conference in Ho, Monday, the spokesperson of the group Emmanuel Tordzor said "we depend on our allowances in this period of economic hardships.

"Worst of all the enrolled and community health nurses posted for almost a year now to different parts of the region have been taken advertently taken off their allowances for the past four months.

"As a result of this, work has been a disincentive and very frustrating," he lamented.

He stated further that their attention was drawn to a recent directives given by the Minister of Finance backdating appointments, promotions, and reactivation dates of junior nurses and midwives.

The directives were contained in a letter dated November 4, 2013.

The directive, he believed will negatively affect the payment of their salaries which have already been in arrears.

He said they will petition all stakeholders to put across their grievances.

"We require a clear response and intervention  to our predicaments latest by 31 March 2014 or we the affected persons shall advice ourselves and walk along the path of justice," he stated.