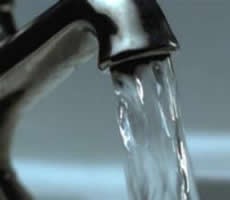 President John Mahama has turned on the valves at the Kpong Water project site that would allow residents of Adenta and its environs to have access to pipe borne water for the first time in over a decade.

The first phase of the project has been completed and residents are expected to have their taps flowing with water by end of day Tuesday,  December 23, 2014.

The Kpong water supply expansion project is set to pump 20 million gallons of water for use by residents.

At a tour to inspect the project site with the Chinese Ambassador to Ghana on Tuesday, the president hinted there would be uninterrupted water supply for residents in the area.

Hundreds of jubilant residents were present when the president turned on the valves of the new water pumps.

The residents could not hide their joy and excitement, Joy News' Kwetey Nartey reported.

The president admonished the residents to check their taps  in order to avoid wastages.

The Minister of Water Resources Works and Housing, Collins Dauda also appealed to the residents to pay their water bills promptly in order to have uninterrupted water.