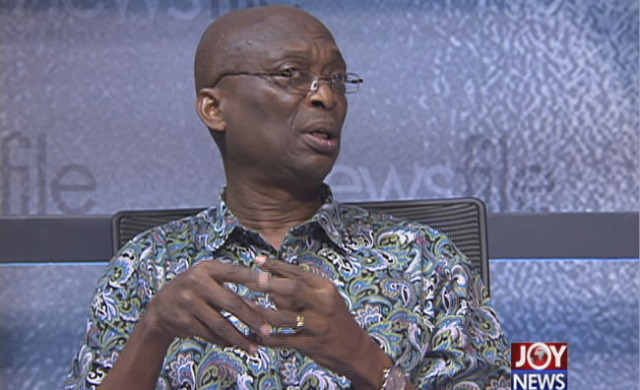 Despite calls for Parliament to abort its decision to build a new chamber complex, the editor in chief of the New Crusading Guide Newspaper believes Ghana needs a proper legislative space.

Kweku Baako said while Parliament may be compelled to put the current plan on hold, it does not take away the need for the country to have an edifice of such nature.

“In my view, of courses because of the public uproar, I see people putting this thing on hold but I am saying that one way of the other we must start with this project,” the veteran journalist said on Joy FM’s news analysis programme, Newsfile.

Parliament has come under a barrage of criticism following its decision to put up a new chamber complex for the House.

Rough estimates suggest the project will cost some $200 million and that has left Ghanaians fuming.

The new structure is expected to have libraries, a parliamentary museum, prayer areas for MPs of all religions, a canteen, interview areas, among others.

The current parliamentary chamber which can seat up to only 270 MPs will be turned into an auxiliary conference facility for parliament.

With a #DropThatChamber that trended for days and a planned demonstration for July 13, the public wants the project aborted with immediate effect.

In Mr Baako’s view, however, the public has misunderstood what the project is about.

“…This particular Parliament House is not disability friendly, it is envisaged that this new complex will have all those facilities,” he added.

He is not surprised by the public agitations, as same happened when the Job 600 (office space for members of parliament) project began under Kwame Nkrumah.

An architectural look of the interior of the new chamber

A similar public uproar took place during the tenure of former president, John Agyekum Kufuor when the Jubilee House was constructed, he indicated.

But what for him was not properly done is how the proposal was communicated.

“When these issues come and they are thrown out there into the streets, no politician or administration wins that battle, the masses win because people play on the keyboards of people’s emotions, it becomes an emotive matter and nobody is ready to listen.”

“I think communication has been a serious problem for how this matter was put into the public domain,” he added.