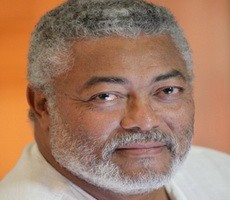 The Old Guards Association of the ruling National Democratic Congress (NDC) has urged the leadership to take steps to address the concerns raised by the party’s founder, ex-President Jerry Rawlings.

It said everything should be done to enlist the support of the former President for the party’s re-election bid and warned that any attempt to sideline him “will be politically suicidal.”

This was contained in a press statement issued by the association in Kumasi and signed by its chairman, Oheneba Asamoah Atuahene.

The Old Guards expressed discomfort about the conduct and poor attitudes of some government’s appointees, which they said were alienating many of the loyalists who had in the past served the party in various capacities.

It said it was important to appreciate that the experiences and knowledge of these people needed to be harnessed to assure the NDC of victory in the upcoming elections.

“The job ahead of us as a party in government seeking the mandate of Ghanaians for a second term is enormous and therefore all hands must be on deck.”

The association invited the members and supporters to have the courage to point out the shortcomings of the appointees and ensure that they focused on helping President John Evans Atta Mills to deliver on the “Better Ghana Agenda.”

It called for unity in the party and appealed to members and supporters to smooth over their differences.

All should accept to play their expected roles well to ensure a clean and credible election, it added.