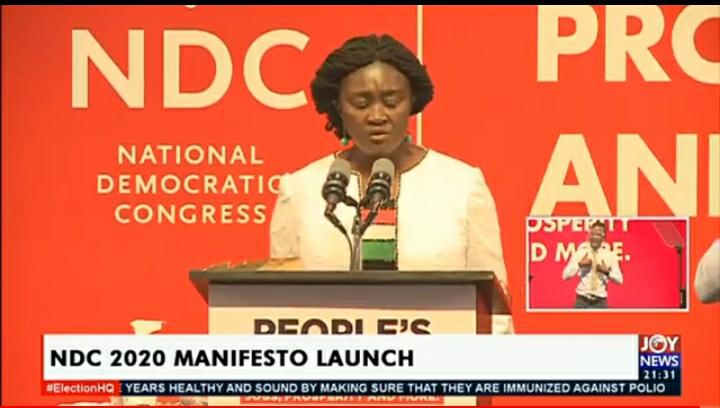 According to her, the Public Universities Bill 2020 “is a weak attempt to introduce political control over our universities and to erode academic freedom and institutional autonomy. And we stand with the faculty and leadership of our public universities in opposing this grotesque overreach.”

Speaking at the launch of the party’s 2020 Manifesto she stated that when the party comes into office, they will see to it that the Bill is scrapped.

The Public Universities Bill 2020 is being proposed by the ruling NPP government to harmonise the governance, administration and accountability structures of public universities.

However, the Bill has been met with strong opposition from University authorities, lecturers, teachers’ unions and other major stakeholders who have argued that not only would the bill stifle academic freedom, it will deprive Universities of their much-needed autonomy.

The UTAG after perusing the bill said: “the passage of the Bill into law in its current form will create more problems for the running of the universities than they seek to resolve.”

John Mahama had also opposed the passing of the Bill stating that what the country’s universities need is a partnership and not a bill that seeks to control and undermine the independence of intellectuals and other researchers in state-owned universities.

But government has been adamant in their resolve to pass the bill.

Speaking on JoyNews’ Newsfile Saturday, PRO for the Ministry of Education; Vincent Asssafuah said issues of academic freedom are exaggerated.

The President, Akufo-Addo has also disputed arguments that the bill when passed into law, would take away academic freedom from the universities.

He noted that such arguments are “flimsy” and born out of “mischief-making and are disingenuous.”

According to him, the Bill states the cardinal importance of academic freedom.