Raymond Atuguba: The palatable lies being peddled by government on the Public Universities Bill 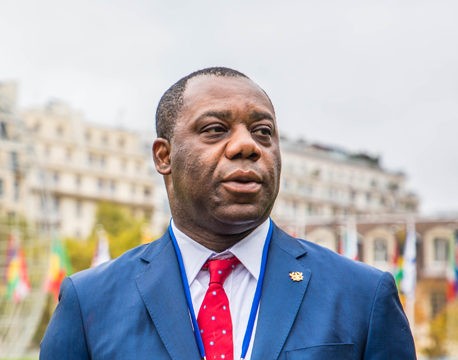 I finished watching “Good Evening Ghana”, where I heard the Minister for Education say that Government is still working to pass the PUB.

Given that the entire interview he granted on the PUB was full of misinformation and disinformation, it is essential for me to directly quote him.

The following Represent his very words:

Paul Adom Otchere: “So when will the Bill be passed?”.

Minister for Education: “Parliament would rise. I hope we can do it before Parliament rises.”

Paul Adom Otchere: “On the 6th of January?”

Paul Adom Otchere: “But If you don’t pass it, then it has to start all over again.”

Minister for Education: “I don’t know. Everything that is not passed is thrown away.”

Paul Adom Otchere: “But this will be passed, do you know?”

Minister for Education: It is still in the bosom of Parliament”.


What does this mean for us? It simply means that the Minister for Education, who is a Member of Parliament, and additionally directly in charge of moving the Bill in Parliament, intends to work towards passing the Public Universities Bill (PUB) in the dying days of this parliament (I think there is something in this PUB we still have not seen. Passing it is as precious as the blood of a crocodile to some).

Coming after the promises of the Acting President of Ghana and the Speaker of Parliament (made to our UTAG Executive and to Senior Academics) to at least suspend the passage of the Bill, and not try to pass it in the life of this Parliament, this is disheartening, to put it charitably. Thus, UTAG, and all of us, must not let our guard down.

It is not true, as the Minister for Education sought to portray, that the Bill provides for 15 members of Council and has limited or minority presidential appointees.

This makes a total of 9 presidential appointees, and 7 other appointees. The quorum for Council meetings is still set at 8 members.

The PUB purports to vest the power to appoint the Chancellors of all public universities in the President (Clause 16(1)), a power that is unconstitutional as offending against Article 195(3) of the 1992 Constitution.

It is not true, as the Minister for Education sought to portray, that the way in which the PUB seeks to constrain the management of a public university has nothing to do with Academic Freedom. Yes, you heard that right.

It is not true, as the Minister for Education sought to portray, that the law says nothing about the admission policies and powers of public universities. The PUB establishes a centralized admissions process, regulated and controlled by the Minister, as provided in Clause 53(a) of the Bill.

It is not true, as the Minister for Education sought to portray, that a government, once it passes a policy and approves it in Cabinet (in this case the Tertiary Education Policy), may go ahead to legislate that policy.

Surely, a government may not seek to legislate a policy that is unconstitutional in several respects, as is the case with the PUB.

It is not true, as the Minister for Education sought to portray, that the PUB guarantees Academic Freedom.

Finally, it is not true, as the Minister for Education sought to portray, that the Colleges of Education Act, 2012 (ACT 847) and the Technical Universities Act, 2016 (Act 922), passed by previous governments, on the one hand, and the PUB, that is sought to be passed by the current government, on the other hand, are comparable, and so anyone who has an issue with the PUB, unless they are hypocritical, must also have issues with the other laws. The two sets of law are as far apart as day is from night:

The Colleges of Education and the Technical Universities Acts were blessings to colleges of education and polytechnics in Ghana, as they unequivocally elevated them to far higher statuses, with attendant increases in resources, amongst many other advantages.

The PUB does the opposite and seeks to suppress and repress the growth of public universities.

The Colleges of Education and the Technical Universities Acts were not aimed at accumulating powers in the Minister for Education for the regulation and micromanagement of those universities. The PUB does.

Whilst the PUB vests the power to create universities literally in one man, the Minister, the Technical Universities Act, for example, provides in Section 2 for an application process initiative by the polytechnic itself and specifies requirements to be met before a polytechnic may become a university.

Not so with the PUB; there is no application process; there are no basic requirements to be met; and technically, a Minister of Education can table a one line L.I. for the village school near his father’s house to become a university, and proceed to name it after his boyhood friend.

The PUB has a preponderance of names of personalities belonging to just one of the 3 or 4 political traditions in this country.

So, colleagues, UTAG, the fight is not over. As I explained yesterday, a Bill can be passed by Parliament super-fast. We need to continue to be vigilant.

“God Bless our Homeland Ghana and make our Nation great and strong, bold to defend forever…”

Raymond Akongburo Atuguba is an accomplished lawyer with a strong grasp on issues of policy, law, governance and development. He is also an Associate Professor and Dean, School of Law, University of Ghana.