‘Whenever we feel the heat, we’ll increase fares because we have the numbers’ - GPRTU - MyJoyOnline.com

‘Whenever we feel the heat, we’ll increase fares because we have the numbers’ – GPRTU 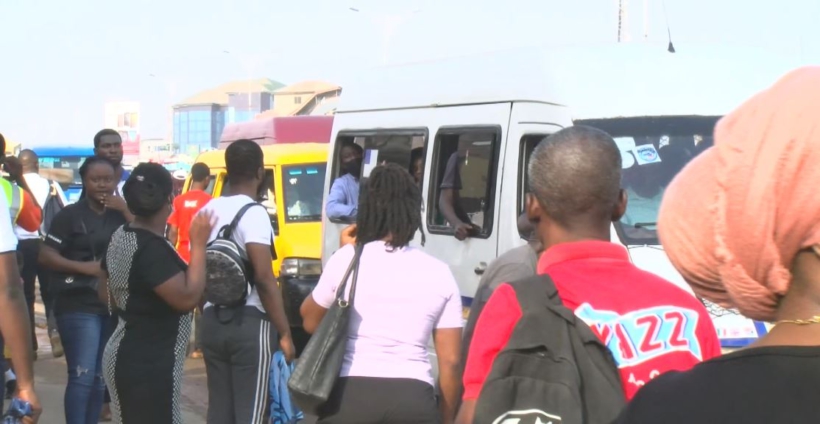 The Ghana Private Road Transport Union (GPRTU) has announced that it will no longer consult the Transport Ministry or the Ghana Road Transport Coordinating Council (GRTCC) to adjust transport fares upward henceforth.

The GPRTU explained that it is the only group with more commercial drivers as members; hence, it does not need approval before implementing new charges.

In an interview on Joy FM’s Top Story, Monday, the Public Relations Officer (PRO) of the Union said the GRTCC can meet government if it is displeased with the new increment.

“We are yet to hear something from the Ministry [of Transport]. For the GRTCC, we are not with them; they are not with us. If they have the numbers, they should do whatever they want to do.

JoyNews/AdomNews · ‘Whenever we feel the heat, we’ll increase fares because we have the numbers’ – GPRTU

“This time around, whenever we feel the heat, we will do it on our own because we have the numbers. When the drivers are suffering, they run to us because they are our members.

“If they [GRTCC] have [the numbers], they should go and meet the government and discuss on behalf of their members because the 20% that we’ve come up with, their members have embraced it, and they are taking it,” Abass Imoro argued.

Commercial transport operators have begun the implementation of a 20 per cent increment announced by the GPRTU on Monday.

The Union said the increment follows recent fuel price increments and the refusal of government to scrap some taxes on the petroleum price buildup.

Mr Imoro said the move has become necessary to save their members’ businesses from reeling under debt.

“Whenever fuel prices are being increased, they [commuters] hear on the radio, on the television and from the drivers. So, what are they talking about when today we don’t buy eggs at ¢1 anymore? Everybody is aware, and why are drivers alone? So, they should understand and bear with us,” he added.

This comes after the GRTCC issued a release asking the public to disregard the 20 per cent fare increment.

According to the Council, no single union has the mandate to determine the percentage increase in fares.

“We wish to state that transport fares have always been negotiated for and on behalf of all operators by the GRTCC and the GPRTU; no single union or group has the capacity to determine the quantum of increase except the two bodies mentioned above,” portions of the statement read.

But the GPRTU has described as unfortunate the position of GRTCC.