Woman lived until 99 with organs in the wrong places

A US woman who died at 99 of natural causes unknowingly lived with her organs on the wrong side of her body due to a rare congenital condition.

Rose Marie Bentley, a pet feed store owner who passed away in October 2017, donated her body to research at a university in Portland, Oregon.

Students in an anatomy class were the first to notice many of her organs were not where they were supposed to be.

Despite multiple surgeries, her condition had not been identified.

Doctors are stunned that Mrs Bentley was able to live such a long and healthy life despite her condition.

She had situs inversus with levocardia, which means her liver, stomach and other abdominal organs were reversed right to left – the mirror image of a typical human anatomy. Her heart, however, remained in the normal position, on the left side of her body. 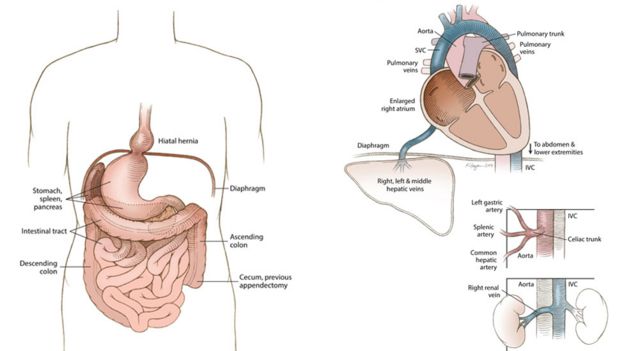 The condition is "surpassingly unusual", said Dr Cam Walker, an assistant professor of anatomy at Oregon Health and Science University, who helped students in his class unravel the mystery of Mrs Bentley's body.

Dr Walker told the BBC the discovery began while his students were dissecting the cardiovascular cavity and were unable to locate a major vessel. The finding started a "cascade effect" as they realised that Mrs Bentley's body was particularly unique.

Situs inversus with levocardia is rare, occurring about once in every 22,000 births. It is normally associated with life-threatening heart issues and other abnormalities, making Mrs Bentley's long life even more exceptional.

Dr Walker estimates that only one in 50 million people born with this condition live into adulthood. He and his colleagues believe Mrs Bentley may be the oldest person known to live with this condition. Scientists are aware of only two other cases where patients reached the age of 70.

"None of my colleagues had ever seen a donor with situs inversus and some of them had been teaching for more than 30 years," Dr Walker said. "I've never seen anything like that."

"The students, I think, will never forget it," he added. 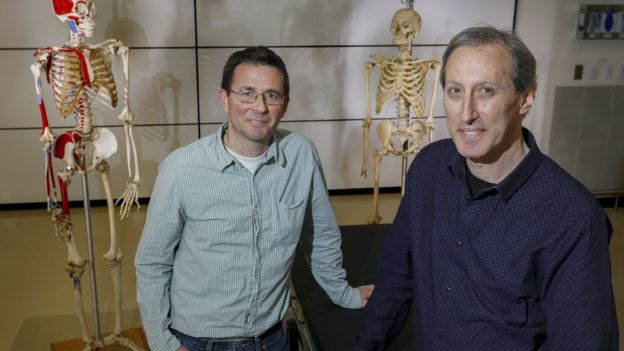 Mrs Bentley lived most of her adult life in Oregon, near the rural north-western town of Molalla. She owned and operated the Bentley Feed Store with her husband.

Louise Allee, one of Mr and Mrs Bentley's five children, told the Oregon Health and Science University that her mother would love the attention her rare case is receiving.

"My mom would think this was so cool", Ms Allee said.

Mrs Bentley's children told the university that she lived a very healthy life, without any chronic conditions except for arthritis.

She had had three surgeries, but only the doctor who removed her appendix noted its atypical location in her body.

Both Mr and Mrs Bentley decided to donate their bodies to the Oregon Health and Science University body donation programme, after reading a poem by Robert Noel Test about remembering departed loved ones.

"She would probably get a big smile on her face", said Ms Allee to the university. "Knowing that she was different, but made it through."