Women are core of life, we can’t do much without them – GCB MD 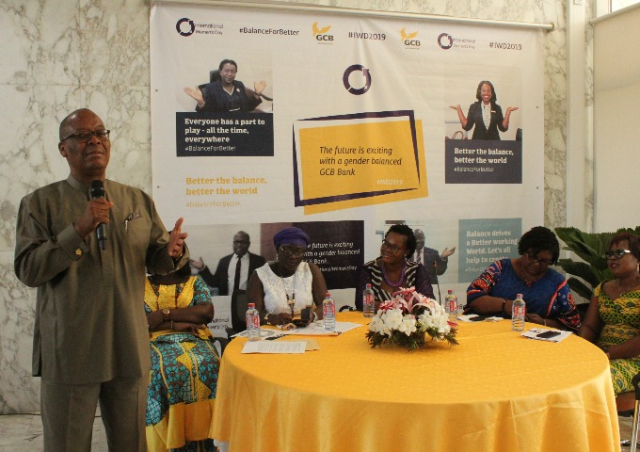 The Managing Director of GCB Bank Limited says women are the core of human life and that without them not much could be achieved.

“There is absolutely nothing we can do without women. Without you, there will be no human race,” Anselm Ray Sowah.

In a remark at a panel discussion by Ladies of the GCB Bank’s Head Office in Accra, Mr Sowah said women are capable of achieving a lot for mankind.

The topic for the panellists’ discussion was “Gender equality at the workplace – Career prospects and progression for female employees of GCB Bank.”

The panellists were drawn from experienced female staff from the Legal, Human Resource, Consumer Banking and Risk Management Departments of the Bank.

The MD said, “it is the resilience of women that have made the human race what it is today.”

He advised women to hold their heads high and continue to play valuable roles in society.

The Head of Human Resource Department, Mr Isshaque Kojo Essel, said at GCB women are encouraged to build up their competencies so as to compete in job vacancies.

He announced that Management of the Bank is putting in place a gender policy to cement the existence of gender parity within the Bank.

“We celebrate all women of our great institution and we recognize your efforts in making this Bank what it is today.”

The Legal Counsel of the Bank, Mrs Jesse Jacintho, debunked the assertion that women are their own enemies.

She called for collaboration and sharing of information among women especially between female supervisors and their subordinates to promote harmony in the workplace.