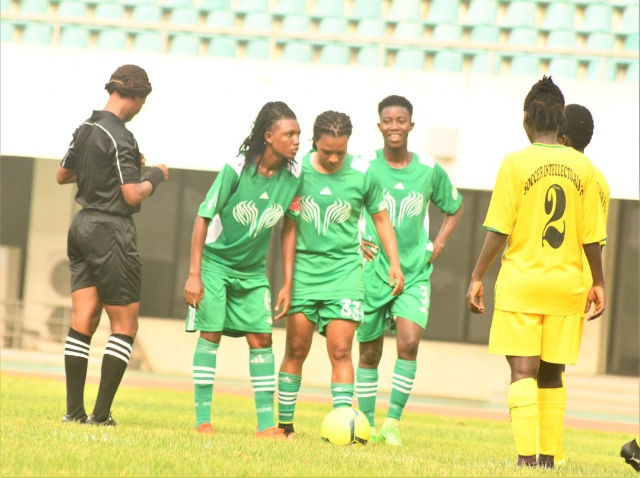 Northern Ladies pummeled Supreme ladies 6-0 to climb up to the fourth position on the league table. Jafara Rahama kept her impressive form running after her hat trick on Friday to increase her tally to six goals in six matches.

Prisons Ladies stretched their lead at the top of the northern zone after a 4-1 victory on the road against Fabulous Ladies. Helena Obeng was player of the match after grabbing a brace for the league leaders.

The honeymoon ended for Ampem Darkoa Ladies after Sunday’s 3-3 draw against Pearl Pia ladies at home. The result meant Ampem Darkoa maintain their second position with the highest goals of 21 in the northern zone while Pearl Pia Ladies remain third.

Adwoa Bayo who ended her hiatus from football was awarded player of the match after inspiring Immigration Ladies to come back from 3 goals down to grab their second draw in six matches when they faced Halifax ladies at the McDan La town park.