Would the EC have disqualified Mahama, Akufo-Addo over clerical errors? – Lawyer 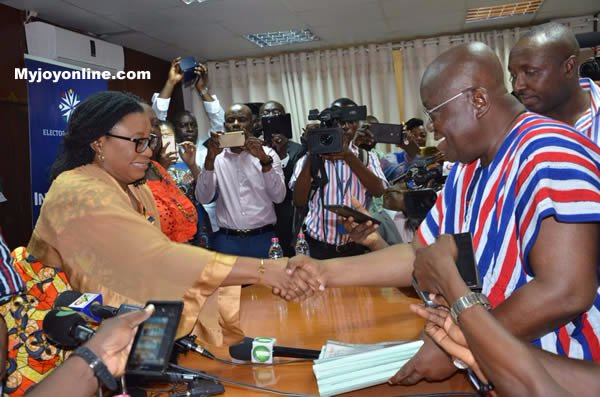 The Electoral Commission's 'shocking' disqualification of 13 presidential aspirants over administrative errors on their nomination forms has been criticised as high-handed and unfair.

Legal practitioner Clara Beeri Kasser-Tee believes the 13 who committed the administrative errors were handed a raw deal because they are minor parties.

The GIMPA law lecturer wondered that if the governing National Democratic Congress or the main opposition New Patriotic Party had committed mistakes in filing the forms, the EC would have had the guts to disqualify them.

In a move sure to trigger legal actions, the Chairperson of the Electoral Commission Charlotte Osei announced the rejections much to the shock of pundits and politicians.

The EC gave six reasons why a candidate may be disqualified including if it is found that the nomination forms were not properly signed by the candidate or by the voters who are supposed to endorse the nominations.

The disqualified candidates did not also meet the requisite number of subscribers under Regulation 7(2) (b) of the Constitutional Instrument (CI 94) governing the conduct of the elections.