The Zambian authorities have banned an energy drink after a Ugandan man complained it had caused him to have a prolonged erection.

Power Natural High Energy Drink SX, which is made in Zambia, is not marketed as a sexual aid.

But an investigation by Ugandan health authorities in December found that the beverage contained Sildenafil Citrata – the active ingredient in Viagra.

Since then, news of the drink's side-effects has boosted its popularity.

Journalist Kennedy Gondwe in Lusaka says there has been increased demand for the soft drink, which is sold in supermarkets and by street vendors across the country.

He says that despite the ban, the drink is still on sale in shops in the capital, Lusaka.

Viagra is the brand name of Sildenafil Citrate, the medication used to treat erectile dysfunction. It is normally only available on prescription.

The drink's manufacturer, Revin Zambia, has not commented on the ban. 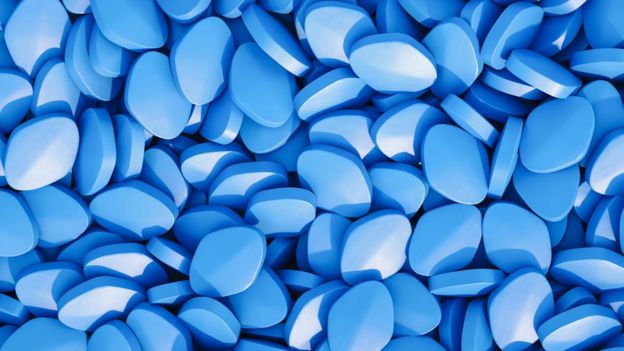 Medical authorities say Viagra should only be available on prescription

Back in January, the company's general manager, Vikas Kapoor, told the BBC's Newsday programme that to the best of his knowledge, the energy drink did not contain any drugs.

But the Zambian authorities are unequivocal about the test results, which were announced on Wednesday.

"Results from both Zimbabwe and South Africa correlated with those obtained from the Foods and Drugs Laboratory that indicated a positive presence of Sildenafil Citrate," a statement from the Zambian authorities quoted by Reuters said.

The Pharmaceutical Society of Zambia said reports about the drink's "unsuitability" should have been acted upon sooner.

Its head, Jerome Kanyika, told the BBC the ban was "a welcome move but also an embarrassment to us as a country because we had to rely on investigations by other countries".

Power Natural High Energy Drink SX is exported to other countries in the region, including Uganda, Malawi and Zimbabwe.