10 things people get wrong about living with depression

There are many stereotypes surrounding depression, from being unable to get out of bed to crying at all hours of the day. But those living with the condition will tell you that the illness comes in many forms, and often looks far different than what we’ve learned over the years from movies and the media.

Because of these misconceptions, people who haven’t had a personal tryst with depression often don’t fully know the ins and outs of the disorder. For instance, depression is not something that you can “snap out of.” You can recover from it and manage it, yet it still can easily come back. And it’s entirely possible to be depressed but also experience joy in the company of friends.

Curious what other things people frequently get wrong about living with depression? Experts and people who live with the condition break them down below:

You can be depressed and not appear sad. 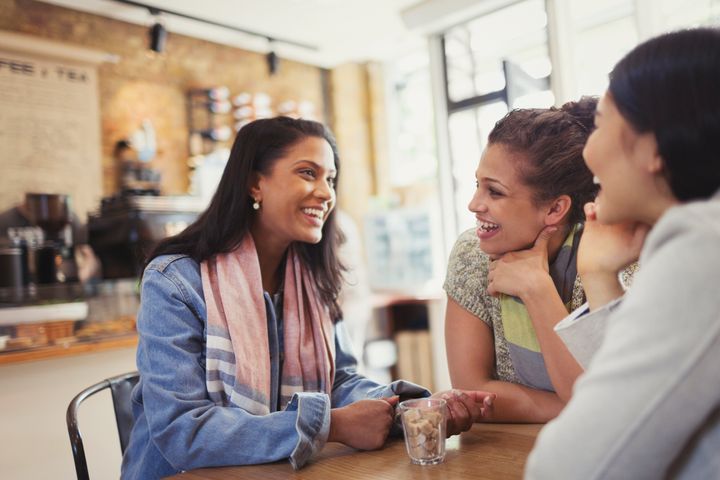 “It’s a misconception that depression is all about constant sadness. Yes, persistent sadness is a symptom, but it’s just one of a range of emotions, or lack thereof, that someone living with depression can feel,” said Helena Plater-Zyberk, co-founder of Supportiv, an anonymous peer support network for people with struggles like depression. She added that many would be surprised to know that people with depression are also to experience an array of emotions, including joy.

Mike Veny, an author and keynote speaker who often speaks about his own depression, agreed. “People get confused when they learn that someone who is confident and smiling all the time struggles with depression,” he said. He added that just because a person appears positive and upbeat, doesn’t mean that they aren’t struggling to hold it together inside.

You can’t flip a switch to flip to feel better.

“The biggest misconception about being depressed is that you can just ‘snap out of it,’” said Samantha Waranch, a publicist in Los Angeles who lives with the condition, noting that it’s frustrating when people imply that being depressed is “all in your head” and can be warded off by “thinking happy thoughts, being around people or hitting the gym.”

“While things like exercising can help, I think people who have never experienced depression don’t understand that it is an illness, a chemical imbalance that is beyond your control,” she added. 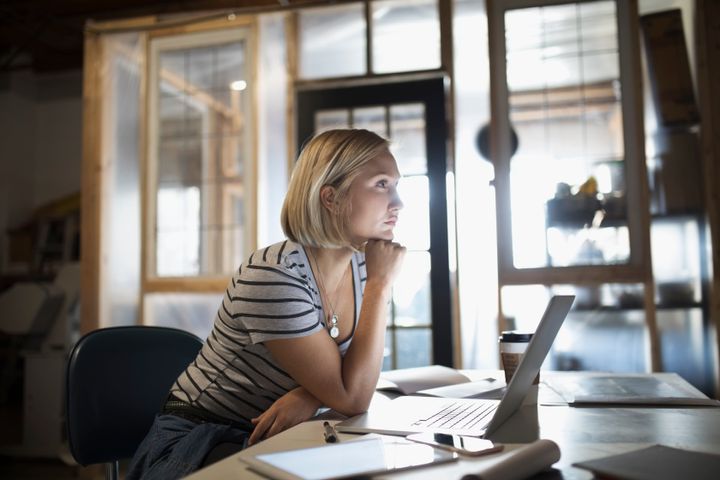 “People think depression is because of a trigger or that something bad had to have happened to be depressed,” said Katie Leikam, owner of True You Southeast, who has dealt with depression herself. “Yes, depression can come from things like grief, but sometimes you just wake up one morning depressed and you cannot point to a solid reason.”

Dr. Melissa Pereau, medical director and psychiatrist at the Loma Linda University Behavioral Medicine Center, said that depression can be a highly genetic disease involving chemical neurotransmitters in the brain. Depressive episodes that last weeks or months can also often occur without any cause.

“Asking a person who is living with depression, ‘Why are you depressed?’ is sometimes just as frustrating to them as saying, ‘You should try to be more positive,’” Pereau said.

Dr. Don Mordecai, the national leader for mental health and wellness at Kaiser Permanente, noted that checking in on a loved one who is suffering can go a long way in showing that you care.

“You can say things like, ‘I’m here for you. What can I do to support you?’ or ‘Depression is a real health issue that can be treated. Have you talked to your doctor about this?’” he said, adding that in having these conversations, you may be surprised to learn how much the people that you care about appreciate the opportunity to share how they are really feeling.

It looks different for everyone. 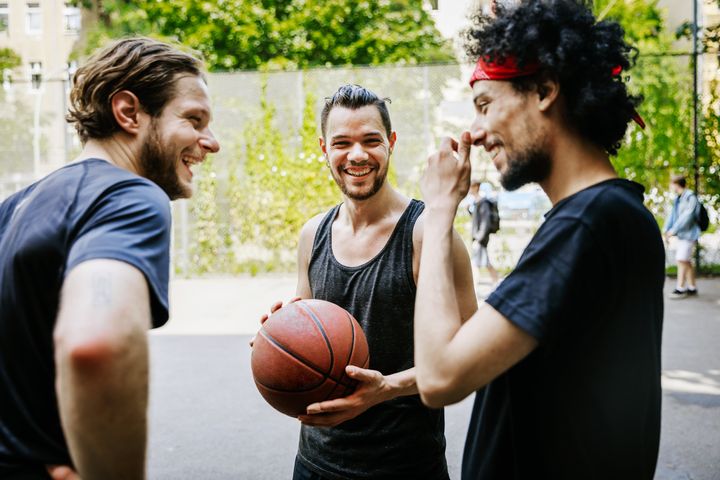 “Depression looks different in people,” said Tameka Brewington, a psychotherapist and owner of Real Talk Counseling. “For instance, some people will want to sleep all the time, while others are not getting enough sleep. Some people will isolate and withdraw while others will engage in a hostile or aggressive manner.”

Since depression manifests itself in different ways, Brewington said it’s important to know that each and every person suffering from the mental illness will have different needs.

Even when the medication does help, it’s important to continue on with your prescribed dosages until your doctor gives you the green light to back off. “I’ve seen many patients over the years that will start taking their prescribed antidepressants, and as a result of the medication, they will feel better. This can lead to patients abruptly stopping their medication, which is a mistake,” Genovese added.

He advised patients to work with their physicians on a long-term plan. “Evaluate your options after you have committed significant time to your treatment plan,” he said. 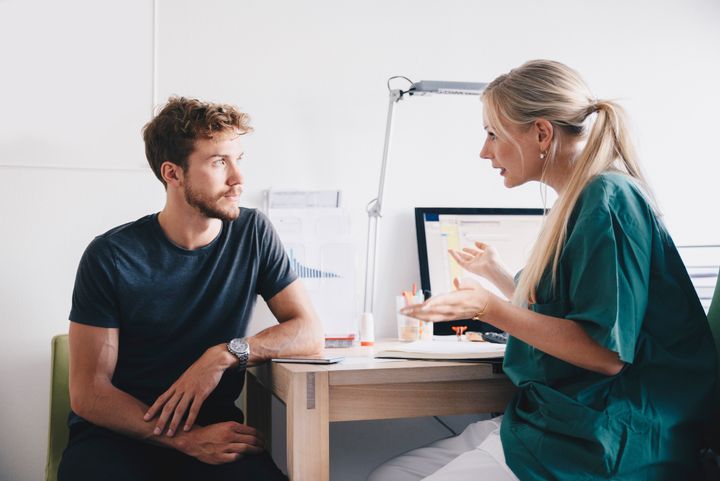 In addition to sadness, depression can also manifest itself in physical ways. For instance, people with depression may suffer from sleep and appetite disturbance, low energy, lethargy, difficulty concentrating, poor memory or low libido.

“Often these symptoms are misattributed to other illnesses and people suffer from undiagnosed and therefore untreated depression for years,” said Zainab Delawalla, a licensed clinical psychologist in Atlanta.

Not being properly diagnosed can be frustrating and people who live with the condition may end up bouncing from doctor to doctor before finally getting the proper help they need.

Having depression doesn’t make you weak.

The idea that only “strong” people don’t have a mental health condition is one of the biggest misconceptions about mental illness, said Kelan Kline, who runs the lifestyle blog The Savvy Couple with his wife and lives with depression.

“I consider myself a very strong person ”• super happy-go-lucky all the time,” he said, noting that “depression can hit anyone at any time, no matter how strong you are.”

L’Tomay Douglas, a life coach and founder of Brand Me Beautiful Inc., added that people are misinformed when they think that people living with depression are lazy.

“As a person diagnosed with clinical depression since 2003, I often had people saying things to me like, ‘Your problem is you need to get up off the couch and do something,’” Douglas said. “What they didn’t know was I was living, I was still breathing despite the darkness that tried to suffocate me and tell me to end it all.”

Medication is not the only treatment option. 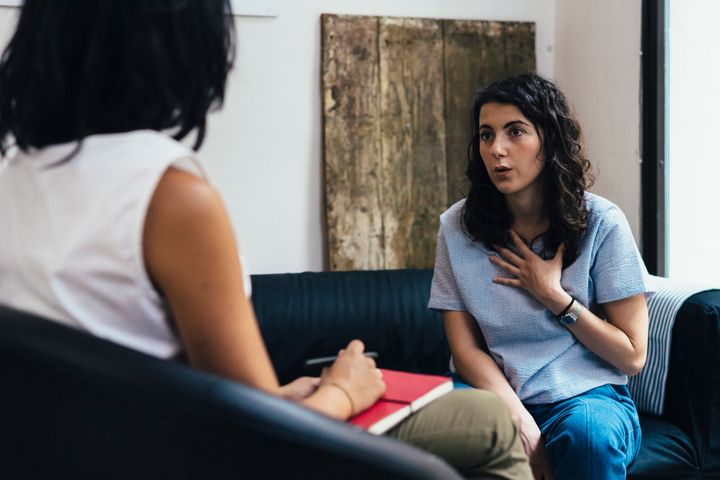 Sydney Williams, who writes about her experiences of recovering from sexual assault on her website, Hiking My Feelings, said there’s more to managing depression than taking medication.

“Not everyone wants to take medications to manage their disease and some folks don’t have access to medications,” said Williams, who stressed the importance of exploring a variety of treatment options. This can include talk therapy, lifestyle changes (for Williams, that meant hiking) and more.

There is no time frame for depression.

“Depression is not a now/later or here/gone thing,” said Lynn R. Zakeri, a licensed clinical social worker based in Illinois. In fact, she added that “people often say that because they experienced it, they feel much more at risk of returning to that and even feel it is a faster route right back down to the bottom since it is now a familiar route.”

Leikam added that clinical depression lasts for at least two weeks at the time, but “you can go through periods where you are fine and then it can come back through circumstances or coming off of medication.”