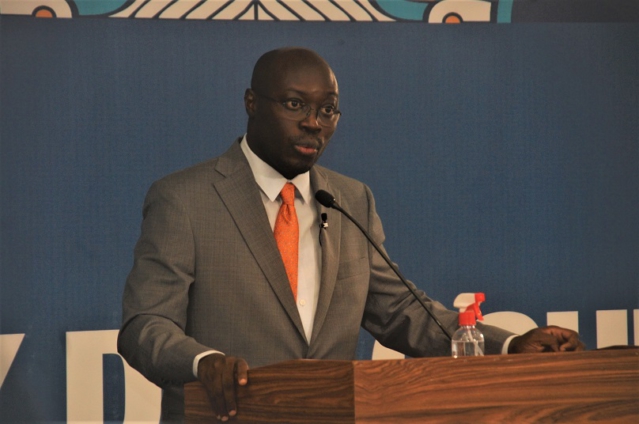 A Ranking Member on Parliament’s Finance Committee has suggested the suspension of debate on the 2023 Budget until Finance Minister, Ken Ofori-Atta is present before the House.

According to Dr Cassiel Ato Forson, the tendency of Mr Ofori-Atta to absent himself at budget debates is “becoming too much.”

He added that “the practice where Ministers of Finance present budgets and fail to collect input should not be entertained.”

“You cannot read a budget and fail to solicit inputs and improve it going forward. Mr Speaker, this is unbecoming of our Minister responsible for Finance and we should not entertain it. Mr Speaker, we have our way, we should not debate until he appears before us,” he said on the floor of Parliament on Tuesday.

Similarly, the Deputy Minority Whip, Ahmed Ibrahim has expressed his unhappiness with the absence of the Minister.

According to him, the Finance Minister must quit if he cannot do the job.

This he explained, is because the country’s economy is currently in a critical stage, therefore, members of the House are ready to present their input to the 2023 Budget in a form of a debate.

But Majority Leader, Osei Kyei-Mensah-Bonsu says the issues raised by the Minority side have no basis.

According to him, the 1992 Constitution makes no mention of the Finance Minister submitting the budget to the House.

“Mr Speaker Article 179 of the Constitution provides the President shall cause to be prepared and laid before Parliament, an estimate of the revenue and expenditure of government for the following financial year.. that is all that it says. It doesn’t mention the Finance Minister,” he said.

DISCLAIMER: The Views, Comments, Opinions, Contributions and Statements made by Readers and Contributors on this platform do not necessarily represent the views or policy of Multimedia Group Limited.
Tags:
2023 Budget
Dr Cassiel Ato Forson
Finance Minister Ken Ofori-Atta