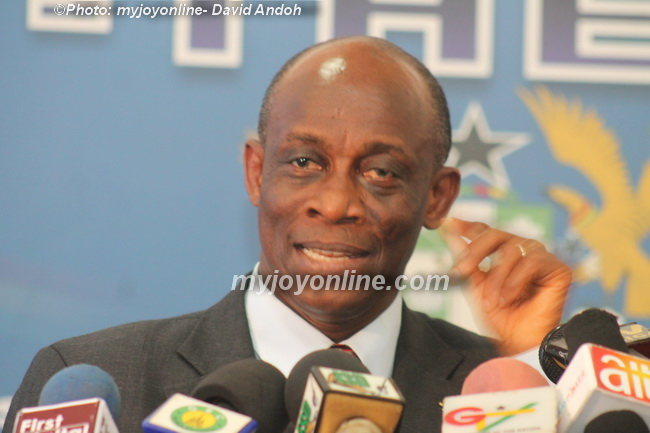 A clearing agent in Tema, Michael Kweku Djan has filed a writ at the high court challenging the legality of the controversial decision by government to pick West Blue Ltd to implement the multi-million dollar National Single Window and Risk Management System at the ports.

At the centre of the suit is a May 12, 2015 letter from the presidency with instructions to the Finance Minister, Seth Terkper that the Single Window contract, estimated to be worth as much as $300 million over the next five years, should be award­ed to West Blue Ghana Limited without any competitive tender.

The writ argues that the "directive given by the President through his Chief of Staff" to the Minister of Finance to engage West Blue "is inconsistent and a flagrant breach" of the law "which lays down the conditions required to warrant a procure­ment entity to be engaged in a single-source procurement."

The writ, filed last Friday, wants the court to declare that "the single-sourcing of the National Single Window and Risk Management System Project in favour of West Blue Ghana Limited is a breach of Section 40 of the Public Procurement Act, 2003 (Act 663)."

Also, Kweku Djan makes the case that West Blue could not claim to have exclusive expertise in providing Single Window services because the five Destination Inspection Companies (DICs) currently operating in Ghana, whose contracts would not be renewed after August, had all shown over their years of operation in Ghana that they possess practical expertise.

The plaintiff is seeking for an interlocutory injunction to be placed on the deal pending the outcome of the substantive suit.

The injunction application would be moved on Thursday, July 16, 2015 to enable plaintiff to push for the enforcement of his fundamental human rights in order to be allowed to participate in the bidding process if it's open for competitive bidding.