3 more arrested at Kasoa over killing of Sogakope Assemblyman 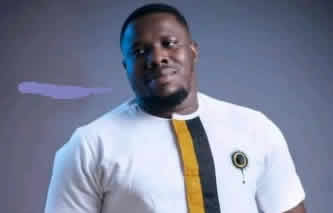 Police in Kasoa in the Central Region on Sunday arrested three men suspected to be behind the murder of Marcus Adzahli, the Assemblyman for Sogakope South electoral area.

The suspects were arrested at their hideout at Obom near Kasoa, by a team of police officers following a tip-off.

They have been identified as Bright Awuya, Franklin Teteh and Ansong Stephen.

A police source says the Commander in charge of the police in Sogakope in the Volta Region has been alerted of the latest development while suspects remain in custody.

This brings to seven, the number of people arrested in connection with Mr the gruesome murder of Mr Adzahli.

The Volta Regional Police Command had earlier announced the arrest of four persons who are aiding with investigations.

This brings to seven, the number of people arrested in connection with Mr. Adzahli’s gruesome murder. The Volta Regional Police Command had earlier announced the arrest of four persons who are aiding with investigations.

The late Adzahli was killed in his home by unknown assailants who broke into his apartment at dawn of Sunday, March 1.

Witnesses account has it that the attackers shot Mr Adzahli several times, leading to his death.

Mr Adzahli’s wife and child, who also sustained injuries in the attack, have since been treated and discharged from the hospital.

Former presidents, John Mahama and Jerry Rawlings have commiserated with the family with the later placing a GH¢25,000 bounty on the heads of the killers.