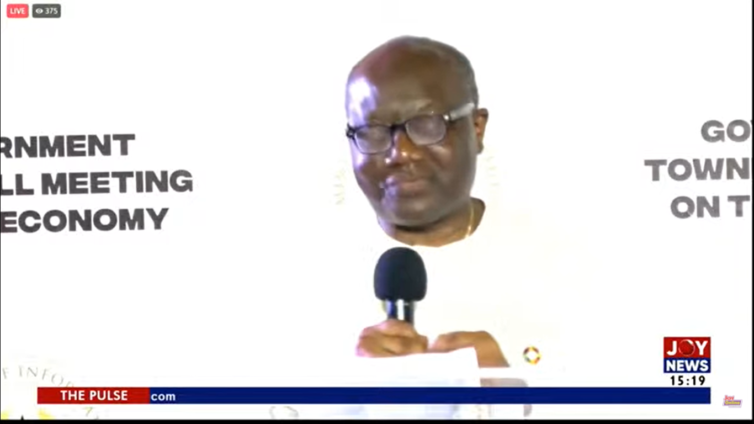 The Finance Ministry has described the 5.4% Gross Domestic Product growth rate as sign that the economy is on the rebound post the COVID-19 pandemic.

In a statement, the Ministry said “these developments are positive and confirm the fact that, the economy is rebounding post-COVID-19, the rate of debt accumulation is tapering off, and there is a slowdown in fiscal expansion with Ghana on track to return to the Fiscal Responsibility Act deficit threshold of 5% of GDP by 2024.”

The Finance Ministry said the major implication of this higher-than-projected GDP outturn for 2021 is that all economic indicators expressed as a ratio of GDP will change to reflect the updated GDP data.

The Finance Minister empasised that Ghana’s public debt stock expressed as percentage of GDP now stands at 76.6% of GDP at the end of 2021 compared to the earlier reported 80.1%. Similarly, the 2020 debt stock it said has also reduced from 76.1% to 74.4%, a further confirmation that the rate of debt accumulation has slowed to pre-pandemic levels.

The Ministry continued that it will update its debt sustainability analysis (DSA) and revise its GDP projections for 2022 and the medium-term to reflect the positive developments in 2021 as well as recent policy decisions which have a bearing on sustaining the momentum towards robust economic growth.