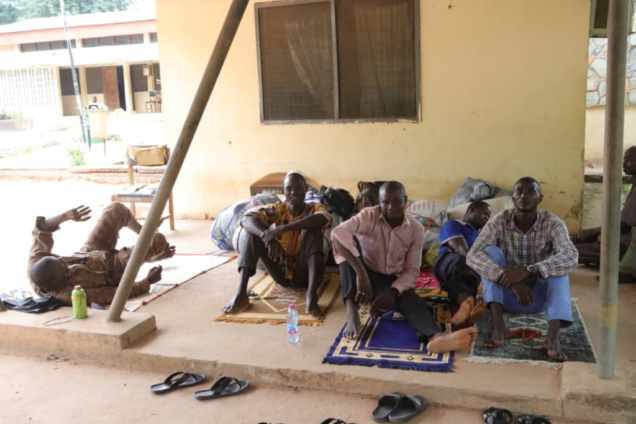 Six Nigeriens under mandatory quarantine have escaped from a holding centre at Asato in the Kadjebi District of the Oti Region.

Sources tell JoyNews that the incident happened when health officials went there to check on them on Monday but found an empty building without any notice.

The Nigeriens were part of the 37 commuters who were arrested on April 17 and 18 in the district.

They had been prevented by a joint security operation from using one of the border outposts in the Kadjebi District into Togo and subsequently confined for observation at a guest house.

According to Peter Senoo, the Joy News Oti Regional Correspondent, they were returning from Nkawkaw in the Eastern Region where their mainstay – polishing finger and toes nails – is no longer fetching them much.

The District Chief Executive (DCE) of Kadzebi, Maxwell Asiedu, suspects the escapees are still in the area “because they left their belongings, bags. Their slippers and other things were still in the room.”

According to the DCE, the policeman on guard duty at the facility said he had stepped out to purchase an item in the locality when the incident took place.

He also said that a search has been mounted to apprehend the 6 individuals.

The DCE was also hopeful that the police in the region will do their best to see to it they are arrested.

Mr Asiedu further called on the general public to volunteer information on the possible whereabouts.

Meanwhile, the Oti Region has recorded 13 Covid-19 cases. This brings the country’s total of confirmed infections to 1,279 as of Friday, April 24.