Marriage is a very hard thing to pull off. It’s like living on a prayer. You never know when things can turn dull and dreary. However, there’s always a pattern to destruction. This list is not geared towards men because they’re always at fault. We’re just going to highlight some things that men do that can ruin a marriage. A woman is sometimes equally culpable for the failure of a marriage.

Let’s discuss some things that men do to destroy a marriage. 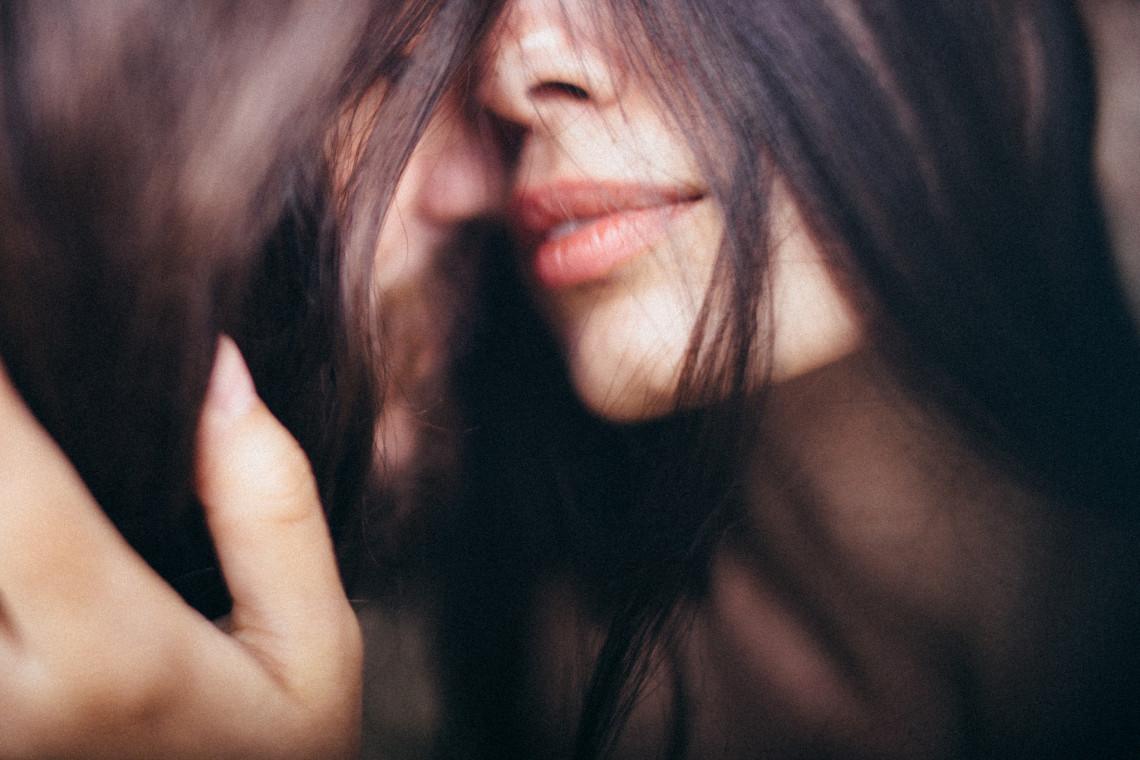 1. NOT CARING ABOUT WHAT MAKES YOUR WOMAN INSECURE

The mind of a woman is highly complex. They notice even the minor details about the one they love. They follow their every move because they are highly committed to them. You know that she feels insecure when you look at other women and no matter how much she trusts you, she will need reassurance that you are still faithful to her and love her and respect her feelings.

If you brush off her insecurities by continuously making jokes and telling her that she always makes a big deal out of everything, then you are making a big mistake and it will come to haunt you in the future.

When you are married to someone, you can’t let your partner feel unwanted. It’s perfectly natural to look at other women but it shouldn’t come at the cost of your partner’s discomfort.

You need to reassure your wife that you are loyal to her and it’s not hard to do that. You wife will ask you many questions when she feels unwanted or insecure. It doesn’t mean that she doesn’t trust you. It just means that she just needs reassurance and a way to connect with you. If she asks you that do you still love her? Or do you find her beautiful? Then don’t hesitate to answer her.

Make her feel that you still find her beautiful and not just say it but make her believe it. Look into her eyes and make a soul to soul connection with her and tell her that she is the most beautiful woman in the world. This will eradicate all the doubts she has in her mind.

2. UNDERESTIMATING THE IMPORTANCE OF SMALL GESTURES

If your wife isn’t a gold digger, she won’t always need a diamond necklace to make her happy. You can make her happy by doing really simple things for her.

Simple gestures of love can lighten her up. If you’re just focusing on grand gestures, then she might feel like you are doing them because you feel guilty and covering up for your little deficiencies. Leave a text that says ‘I Love you’.

Surprising her by waking up and making breakfast for her can do wonders for you. Play with the kids right after coming from work. Women find man very sexy who are good with the kids.

Never ever forget her birthday or you are in for bashing. Make sure that even after 5 or 16 years, her birthday is memorable for her.

Wish her at midnight and make arrangements for a surprise party. Spend the day with her and if you’re busy then give her your undivided attention even if it’s for a few hours. 3. LETTING ANGER GET THE BEST OF YOU

Whenever men are having a hard time in life, they think that by not involving their spouse in these things, they’re doing them a favor. That’s highly untrue. All their doing is closing their partner off and harboring all that bitterness and anger inside them which is poison to their veins.

Women know when their man is disturbed and it’s impossible to conceal such things from them. They feel like that their partner doesn’t consider them worthy enough to help them.

She wants to feel closer to you and not so that she can make things worse. All she wants to do is be a part of your life. Women assume.

That’s how it works for them. If she asks you several times that what the problem is and you ignore her every time, she will not only feel neglected but think that she is the problem.

You can stop this from happening by just opening up to her and not making a mountain out of a mole hill. It’s just that simple.

4. NOT TAKING RESPONSIBILITY FOR YOUR ACTIONS AND BEING A MAN

There are some things which men to blame their women for because it hurts their pride. It can be an affair or alcohol addiction or any similar thing.

You blame her for your deficiencies instead of taking responsibility for them. “She doesn’t care for me that’s why I had an affair” Do you listen to yourself right now? How stupid you sound?

If you’ve done something wrong, it’s time to be a man if you want to save your marriage. Stop blaming your mistakes on someone else. You are responsible for the implications your actions bring. The first step to taking responsibility is acceptance.

You have to accept that you did something wrong because of yourself and not someone else. Once you accept that you were the problem, you can then move on to the next step or you will always be in denial.

If your wife really does make your life a living hell, then be a man and tell her. Be open towards her. If she loves you, she’ll understand. Clear the air and end the torture. 5. GOING FOR SOMEONE WHO IS NOT COMPATIBLE WITH YOU OR NOT READY FOR MARRIAGE

Never rush into marriage. Marriage is a long-term commitment and some men make the wrong decision without thinking it through.

Not every girl you will meet will be marriage material. Some girls will be immature and not ready for marriage but they’re young and they don’t know what they’re getting into and they’ll end up regretting marrying you. When you are going to marry someone, you should have utter clarity.

If you’re gonna marry a depressed woman in hopes that you will fix her after marriage, then you’re taking a big risk.

One thing is for sure that if you’re choosing the wrong woman, the only end result will be failure.. Be realistic and rational and don’t let the overwhelming power of love cloud your judgment. This is not an easy decision so think it through.

Marriage requires both the husband and the wife to work hard every day and overlook many flaws and move on with the resolve that they will not let the love die between them and work on their deficiencies.

This is one of the worst things to do in a marriage. If you hold things inside you, they will act as an anchor. They will affix you to an abyss that will be hard to escape from. If you’ve had a fight with your partner, you should discuss it with them instead of being distant and unresponsive.

Communication is highly important in a relationship. When two couples stop talking to each other, the distance starts to grow and there comes a point when your partner becomes a stranger to you. You have nothing left to talk about if you leave things be. Emotional intimacy is very important and it can only be maintained if you have a soul to soul connection with your partner.

Some men are emotionally distant. They stop talking and they assume stuff in their head. They assume that they can’t be helped. They underestimate the ability of their women to make them happy as the marriage progresses. It’s obvious that you will not have the same fire that you had in the start of your marriage. This is no excuse to stop talking to your woman.

You should talk about your dreams with her and you should tell her that you see a future in which she has an integral part. Don’t just hold the little details in. Let them be known to your partner so that the love between you grows ever so stronger. 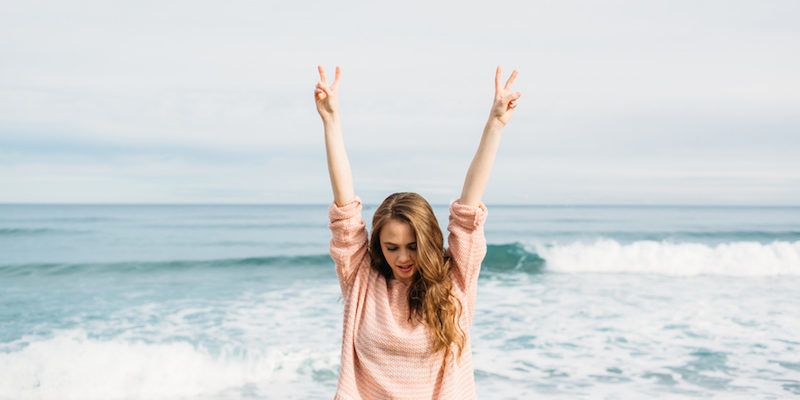 7. BEING JUDGMENTAL AND ALWAYS TRYING TO FIX HER

If a man is being pushy and forcing her to make decisions all the time and judging, then it will circumvent a woman’s freedom. She will feel less independent and insecure. She will feel that someone is taking away her freedom.

None of us are perfect. We all have our insecurities and fears and marriage is all about compromise. It’s about loving another person unconditionally. Men tend to become judgmental just because the society pressurize them to be. If your woman makes a mistake, you can advise her to solve things but you can’t force her.

All marriages have fights and arguments. The trick is to identify the limit which will take the argument too far. You need to ask yourself that is winning an argument more important than your marriage?

Sometimes, walking away from an argument can make your love stronger. It can strengthen the bond between you two. If you can resolve a conflict by just saying, “I’m sorry’’ then you shouldn’t let your ego get in the way. If your partner loves you, they will make sure that they do no alleviate your self-esteem.

“Apologizing means that you’re willing to do whatever it takes to keep the marriage alive. Some men think that if they apologize, it will hurt their pride. All it does is make your wife realize that she’s got a man that she can bear all burdens with.”

This article was originally published by Relationship Rules