A-G must respond to allegations he faked his assassination attempt 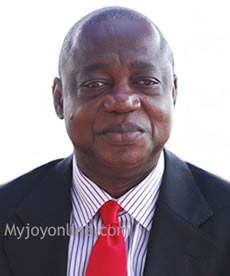 Attorney General Dr. Benjamin Kunbuor is being asked to come clean on allegations he faked an assassination attempt on himself or risk being dragged to the Supreme Court.

Its Senior Policy Analyst, Rocky Obeng says the law must be allowed to take its full course to protect the integrity of the Attorney General’s office.

He said since a criminal suit cannot be brought against the AG, what the group would do – if Dr Kunbuor fails to respond to the allegations – is to “file a case at the Supreme Court for the Supreme Court to determine whether the conduct [of Dr Kunbuor] as reported in the [police] investigation report which is in the company of the BNI and the Ghana Police Service constitutes misconduct.”