Abena Serwaa Ophelia back with new single, ‘Wɔnfa Mma No’ 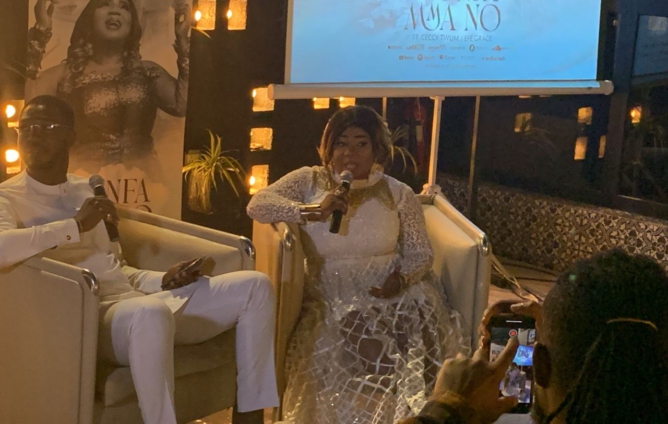 Ghanaian gospel musician, Abena Serwaa Ophelia, is out with a new single.

The work, titled ‘Wɔnfa mma no’ has Ceccy Twum and Efe Grace as collaborators.

‘Wɔnfa mma no’ is a Twi phrase that translates into giving it all up – a sign of God being worthy of man’s sacrifices and thanksgiving.

The musician says her work is motivated by the conviction that more souls have to be won for God through music.

The song was launched at a ceremony at the Café Bar in Dzorwulu on August 23.

The event was graced by other gospel personalities including Stella Aba Seal, Obaapa Christy, Stacy Amoateng and Prophet Oduro among others.

Addressing the gathering, the musician explained that the song is geared toward encouraging Christians to be assured that God is capable of delivering on his promises to His people.

The vocalist also serenaded the audience with a short performance of the new song.

The attendees also got the chance to preview the song ahead of its release.

‘Wɔnfa mma no’ is currently out on digital stores.