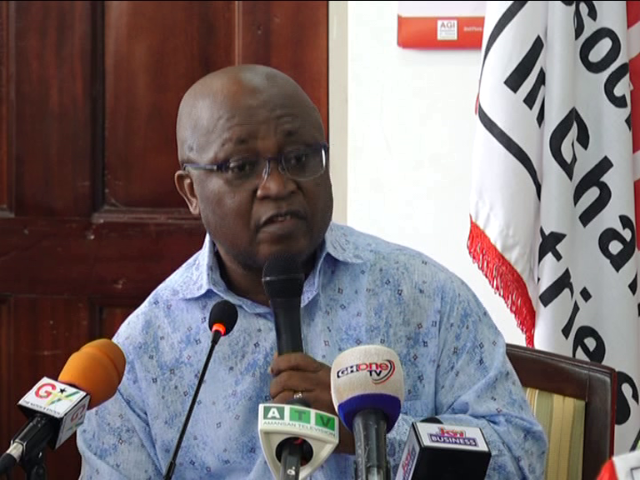 The Association of Ghana Industries (AGI) has condemned the seizure of goods and closure of operations of some beverage manufacturing firms by the tax stamp enforcement team of the Ghana Revenue Authority (GRA).

The enforcement team recently besieged the premises of some beverage manufacturers for failing to comply with the tax stamp policy.

In a media briefing, president of the AGI, Dr. Yaw Adu Gyamfi warned the move could result in loss of about 5000 jobs.

“Without recourse to the tax stamp implementation arrangements and progress updates that the beverage manufacturers had given the GRA and Finance ministry, the GRA stormed the premises of some AGI beverage manufacturers and this development have caused them huge revenue losses and also dented their brands,” he revealed.

So far, the Ghana Revenue Authority (GRA), has struck out any appeal to postpone the deadline for the tax stamp compliance despite calls by the Food and Beverage Association.

Meanwhile, the AGI is confident that talks with the GRA and Ministry of Trade will yield some results.

Dr. Yaw Adu Gyamfi said, “AGI is appealing to government not to shut its doors for further dialogue but rather provide dispensation for companies to continue to do business based on the evidence submitted showing how they will be fully compliant by the end of 2018.”

Officers from the Ghana Revenue Authority stormed the factories of Coca-Cola bottling company and Kasapreko beverage limited to prevent excisable products without tax stamp from entering the market. The operation was part of measures by the revenue agency to ensure that all manufacturing companies comply with the excise tax stamp policy.

At Coca-Cola, the task force managed to detain some products that were about going out of the factory into the market.

Mr Spio Abaidoo hinted that the mandate of the team for the operation is to ensure that any product of the company that is excisable has the tax stamp affixed on them before entering the market.

The Excise Tax Stamp Act, 2013 (ACT 873) was passed by Parliament in December 2013 with the aim of helping the Ghana Revenue Authority (GRA) enforce the affixing of Excise Tax Stamp on specific excisable goods before they are delivered ex-factory, cleared from any port or presented for sale at any commercial level in Ghana.

The Excise Tax Stamp Act is definitely not an introduction of a new tax. It rather requires that Excise Tax Stamps with traceable and security-enhanced features on specified excisable commodities in order to serve as preliminary evidence of the payment of the required duties and taxes and to provide an audit trail for tracing importers and manufacturers of counterfeited goods.

Excisable Products expected to be affixed with the stamps include Cigarette and other Tobacco products, alcoholic beverages, non-alcoholic and carbonated beverages, bottled water, textiles and other goods determined by the Minister of Finance.