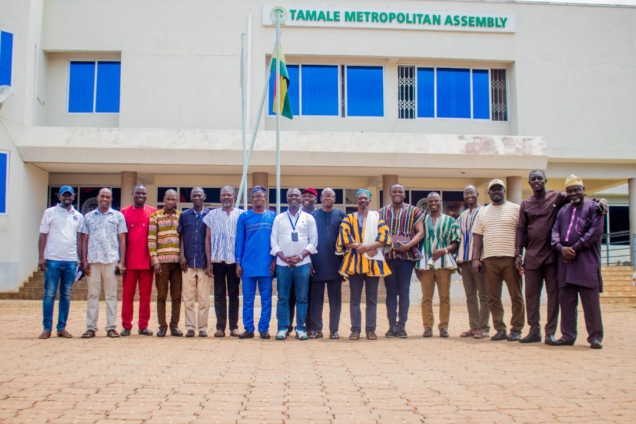 The Presiding Member of the Accra Metropolitan Assembly (AMA) has engaged assembly members in seven regions, ahead of this year’s executive elections of the National Association of Local Authorities of Ghana (NALAG).

According to Alfred Asiedu Adjei, the campaign tour is in line with his quest to improve the working conditions of members of the Association.

He has also promised to pursue an agenda to create additional resource channels to enhance the welfare of assembly members to facilitate local government programmes and projects in the country.

“I would restructure and pursue an agenda to make NALAG attractive, both locally and internationally to safeguard the welfare of honourable members,” he said.

The NALAG elections, which have been delayed for over a year, are expected to take place from June 1 to June 3, 2022.

“I pledge to ensure that the core vision, mission, aims and objectives of NALAG are carried out effectively and timeously with the collaboration of all members, as well as serve with competence, humility and integrity,” he added.

The AMA Presiding Member added that under his tenure as NALAG President, he would advocate for an enhanced remuneration and equal ex-gratia for Assembly Members.

This, he noted will help facilitate sister-city relationships with cities across the globe.

He is expected to end his campaign tour with a visit to the Eastern, Central, Western, and Western North regions before the elections are organised.

DISCLAIMER: The Views, Comments, Opinions, Contributions and Statements made by Readers and Contributors on this platform do not necessarily represent the views or policy of Multimedia Group Limited.
Tags:
Alfred Adjei
AMA Presiding Member
NALAG