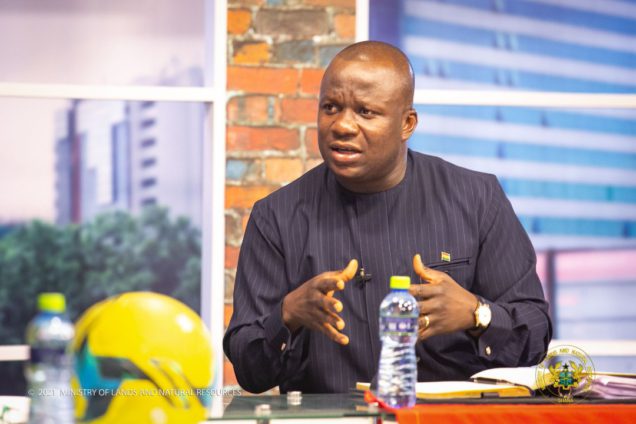 The National Association of Local Authorities (NALAG) in collaboration with its partner, the Federation of Canadian municipalities (FCM), and stakeholders at the just ended International Women’s Day are demanding from government to as a matter of urgency to reconstitute the Appiatse Reconstruction Committee.

The Appiatse Reconstruction Committee, according to NALAG, is gender biased.

The association together with the participants present at the occasion were left in a state of confusion and shocked as to why at the time when member countries are striving to achieve gender parity in all spheres of life as stipulated in the Sustainable Development Goals (SDG) 5, the president who is the Co-Chair of the SDG Advocate would constitute such a sensitive committee without even one woman.

According to NALAG and its partners, forming a gender-balanced committee is key to rebuilding the Appiatse community.

“For us, women are resource managers and it is important that the government makes it a priority to integrate them fully into any development process. Ghana has women capable of being part of this important committee, ADD THEM! Help break the bias Mr. President”.

“In this day and age, any room full of men only and tasked to take decisions to affect whole communities reflects ignorance and unsophistication and a perpetuation of historical gender-biased decision making processes”, Francisca Serwa Boateng Esq said.

The group even though acknowledged the government for the appointment of Dr. Joyce Aryee as the chairperson for the Appiatse Support Fund, said Dr. Aryee would not be part of the decision-making processes to reconstruct the Appiatse community.

In another development, the group is also pushing for the passage of the Affirmative Action Bill.

NALAG is of the view that the Affirmative Action Bill has remained on the drawing board for far too long and should be given the needed attention it deserves.

This is a campaign promise and must be fulfilled to its fullest, the participants demanded.

“We ask why the delay in passing the affirmative action bill?”

The National Association of Local Authorities of Ghana (NALAG) in collaboration with the Federation of Canadian Municipalities (FCM) with the support of the Canadian Government through the Global Affairs Canada joined the rest of the world to mark the 2022 International Women’s Day in Accra with a workshop which was attended by stakeholders from the Ministries of Gender, Children and Social Protection, Local Government and Rural Development, Local Government Service, Universities, political parties, NGOs, CSO,FBO, elected and appointed assembly women, administrators, MMDAs, MMDCEs, Traditional authorities, the Police Service and the media.

The theme for this year’s celebration is ‘Gender Equality Today for a Sustainable Tomorrow’ and Breaking the Bias’ as the campaign theme.

DISCLAIMER: The Views, Comments, Opinions, Contributions and Statements made by Readers and Contributors on this platform do not necessarily represent the views or policy of Multimedia Group Limited.
Tags:
Appiatse Reconstruction Committee
NALAG