NALAG kicks against calls for postponement of 2019 referendum 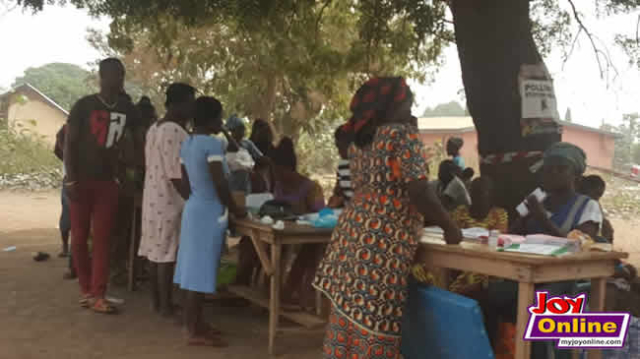 The National Association of Local Authority of Ghana (NALAG) has kicked against calls for the December 2019 referendum to be postponed.

Administrator of NALAG, Andrews Bediako, at a sensitisation and interest group engagement in Kumasi, argued that Ghanaians could lose the opportunity to amend the clause forever, should the referendum be postponed.

“If we postpone now and we’re not able to do it in 2020, that means we’re looking at 2021 and the tenure of the office of the president is also ending in 2020, when will we go for the election when the president lose?” he said.

The referendum targets amendment of Article 55(3) of the 1992 Constitution which bars partisanship in Electoral Area and Unit Committee representatives.

Some Ministers of State and Members of Parliament have called for it to be postponed, citing poor public education as one of their reasons.

NAGLAG, however, stated that it will be impossible for the Electoral Commission to conduct a referendum in 2020 since the country will hold its national elections that year.

According to Mr Bediako, there’s no surety that the next government to succeed [should the current president lose], will continue with the implementation of the referendum.

Mr Bediako although admits that education is low, he also believes that it is a good opportunity for Ghanaians to make good of use of if indeed they want MMDCEs elected.

“Before we can come back to this level, it will be a disaster,” he said.

DISCLAIMER: The Views, Comments, Opinions, Contributions and Statements made by Readers and Contributors on this platform do not necessarily represent the views or policy of Multimedia Group Limited.
Tags:
NALAG
Referendum