Guinea to suffer internet blackouts ahead of vote 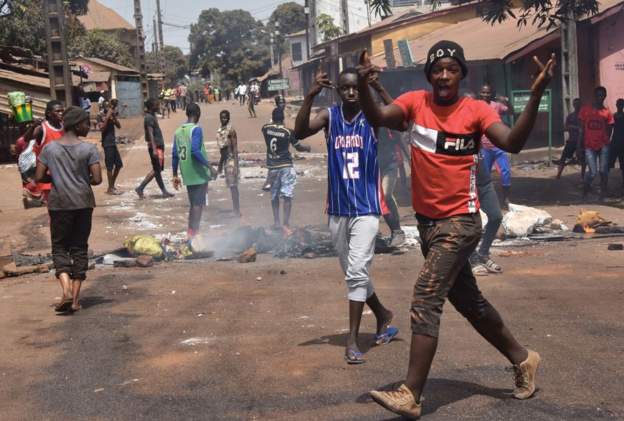 Guinea’s internet and phone call services are set to be disrupted over the weekend as the country holds two key polls, telecommunications company Guinean Broadband (Guilab) has announced.

The firm said the disruption would be caused by planned maintenance work to undersea cables that would affect the whole region, not just Guinea.

The West African nation is set to hold a referendum about a proposed new constitution and parliamentary polls.

There have been months of often violent demonstrations against the referendum.

If passed it would allow the 82-year-old president to seek a third term in office.

The proposed constitution does not scrap term limits – a president would still only be able to serve two terms – though the length of a term would be extended from five to six years.

However, the adoption of the new constitution would mean that the time Mr Condé has already served would not count – and his second term comes to an end in December.

Mr Condé has not said he intends to run again, but his party has not denied that the new constitution would allow him to do so.

The government says the constitution is in need of a revamp as the current one was written during a time of military rule between 2008 and 2010.

The opposition coalition, National Front for the Defence of the Constitution (FNDC), had earlier warned mobile telephone operators against any internet shutdown ahead of voting.

They have since called for nationwide anti-government protests.

Simon Henshaw, the US ambassador to Guinea, told BBC Focus on Africa radio that the situation in the country was “unfortunate”.

“We’re at a position where the two sides don’t even agree on whether there should be an election and they’re no longer speaking to one another so I think this is very concerning.

“There’s no dialogue, there’s a lot of tension, I think it’s very unfortunate.”