Anny Osabutey: Of haircuts and baldies 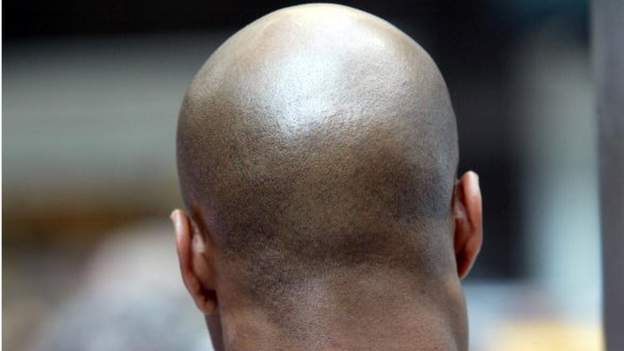 Some people believe that the heads of bald men contain gold

The past few weeks have been such a difficult one for baldies in this country, thanks to government’s decision to subscribe to a haircut. It is almost like bald people are living in an era of Armageddon. Especially on social media platforms, different hairstyles were splashed and baldies including myself were tagged and even challenged to execute one. Among the hairstyles, I was tagged in included the then-famous ‘back-bush’ haircut, and the 1980s and 1990s craze which can be compared to the modern-day mohawk.  I read almost all the comments and shook my head and laughed. “Why did God not give me the option to shave my own hair and at a time more convenient, instead of applying this wickedness onto me,” I jokingly wrote in response to another message.

We all had a good laugh and left the issue as it is.  But in truth, the issue of haircut is no laughing matter. Perhaps for the uninitiated, which I doubt many maybe but for the purposes of this article, let me say the mention of haircut at this time is not pleasant to the ear-it is an emotional issue that might even illicit a hefty slap on a hot afternoon, depending on the mood of whoever you engage in a ‘haircut’ conversation. The term ‘haircut’ has become part and parcel of Ghana’s economic lexicon, partly because of the current economic meltdown and the government’s attempt to find ways of resolving it, failure to which, according to experts, the entire economy will sink on its knees.

And to avoid the country going down that route, the country is before the global lending institution, the International Monetary Fund, to apply the necessary economic medications to ensure the knees do not betray the rest of the body. According to a release on the Ministry of Finance on September 26th, a  key component of the programme is that “Ghana’s debt is on a sustainable path; this will require a comprehensive Debt Sustainability Analysis (DSA), which is currently ongoing.”

“Government remains committed, and shall continue to actively engage all stakeholders, both public and private, in a clear and transparent manner as we seek to fast-track this process,” the statement at the time said.

The engagement with the fund is the seventeenth time the country had extended an invitation to the fund, since 1957, to help rescue her from the grips of economic difficulties. Ghana is hoping to get $ 3bn for a period of three years. But critics who are opposed to the fund’s meddling in the country’s economic affairs, are sceptical that anything good will come out of the latest engagement. After all, they explained, the lending institution has never factored the country’s interest in their dealings. They often leave footprints that become permanent scars on the country’s economic skin. I have been in Ghana long enough to know engagements with the fund do come with demands that often hurt the majority of the population.

I do not pretend to be a financial or economic wizard, but I am pretty much aware of previous engagements that had called on government(s) to chop off the tumour from the affected area(s), instead of trying to apply a bandaid to it. More often than not, the various worker unions had voiced concerns about such conditions and the negative effect they had on the ordinary worker and the entire country. The verdict regarding their opposition is in the open, you can judge for yourself.

Following speculation that the country may go to the fund to seek a bailout, Ken Ofori-Atta, the man with the country’s financial wallet, said going back to the fund was not on the cards. He said a “proud” nation like Ghana had enough firepower to walk through the fire and come out victorious.   He even cautioned against the consequences of going back to the fund. A man of faith who does not shy away from spicing his speeches with biblical quotations, Mr Ofori-Atta likened the country’s situation to the heroic deeds of Joshua, Caleb and ten others, who went to spy on the PROMISED LAND, and only two came back still believing they could execute the mission.

Days after, the government announced it has started negotiations with the fund. Chief among the conditions is what has resulted in this new ‘haircut’ lexicon, which has provoked anger and resentment among the population.

The said ‘haircut’ has nothing to do with the natural hair of the person it is about people’s investments and the potential cuts they may be undergoing. The first time I heard a government official talk about a ‘haircut’ was by President Nana Akufo-Addo. In an address to assure the nation everything was being done to ameliorate the hardships, he said there will be no “haircuts” on peoples’ investments.

It was from that night folks started challenging me to subject myself to any of the hairstyles and check myself into a saloon, get it done and post the image on social media. But, how does a bald person receive an additional haircut, even when the lord had already taken his hair back?

DISCLAIMER: The Views, Comments, Opinions, Contributions and Statements made by Readers and Contributors on this platform do not necessarily represent the views or policy of Multimedia Group Limited.
Tags:
Bald men
Debt structuring
Haircut