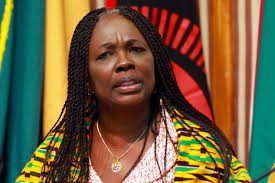 A former Director of the Institute of African Studies at the University of Ghana, Prof Emerita Abena Takyiwaa Manuh, says that the draft bill seeking to punish persons of the same sex who engage in sexual activity is filled with repetition and redundancy.

She says that concerns being raised by the proponents of the Proper Sexual Rights and Ghanaian Family Values Bill 2021 have already been dealt with in the constitution.

Prof Manuh is of the view that the Bill rather proposes discriminatory punishments for persons of the LGBT+ community.

“When you go into the actual clauses, you would find out that most of those clauses are repetitions of what is already in our criminal offences act with the exception that in some cases, what are demeanors in the criminal offences act suddenly become a second-degree felony and the punishments are doubled, which is already discriminatory,” the academic said on Newsfile.

Prof Manuh, who is among some professionals opposing the Bill, adds that the proposed law against LGBT activities in the country is unconstitutional.

The academic says that it was disappointing that Members of Parliament will be pushing for such a law when there were more pressing issues to be dealt with.

She believes that the actions of the sponsors of the anti-LGBT bill are being influenced by the World Congress of Families, a United States coalition that opposes same-sex marriage.

“Beyond the repetition and redundancy of many of the clauses, there is also their unconstitutionality… The spate of teenage pregnancy, abuse, sexual violence and many other types of violence [are things] that we expect our honourable members to concern themselves with,” she expressed.

“Some of us were very much in favour of private members being able to bring bills and we had hoped that they’d bring bills that were in public interest and according to the constitution. In this, we see the hand of the world congress of families,” she added.

There are fears that the Bill, when passed, will lead to human rights violations in the country.