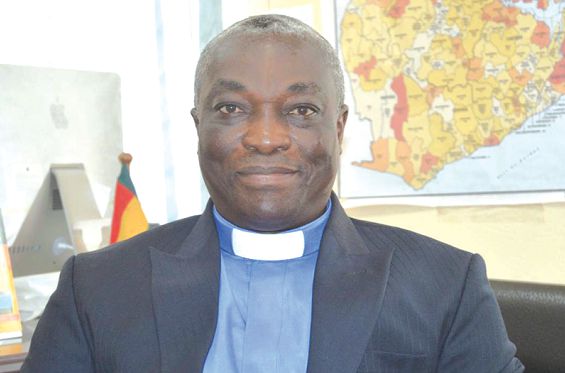 One of the new anti-LGBTQ+ bill promoters, the Ghana Pentecostal and Charismatic Council (GPCC), is urging persons who have concerns about the draft bill to provide suggestions on how to make it better.

General Secretary Rev Emmanuel Barrigah says the Council expects resistance from a section of the populace but believes the bill will succeed.

“We are humble enough to admit that we are not perfect, there may be gaps, there may be things in the bill that could define to say we are not surprised at the level of attacks coming,” he told JoyNews on Monday.

The new anti-LGBTQ+ bill, among other things, prescribes a jail term of up to ten years for persons who engage in or promote such activities.

According to Rev Barrigah, “people have started talking about the sanctions, threats to free speech, and all that. So those are areas which we think people can write memoranda and present papers as to look at and address them so that eventually we can have this bill passed into law.”

“We know that going forward. The battle is going to become even tougher, but we are determined. In order to stand firm and to fight this battle in the name of the Lord,” he added.

JoyNews/AdomNews · Anti-LGBTQ bill: I support it but other matters are more pressing – Assifuah

Old Tafo MP, Vincent Asafuah, has also indicated that although he supports the bill, more pressing issues have to be first dealt with.

He believes the current challenges the country is trying to solve makes the timing for such legislation a little problematic.

He insisted that “on a scale of preference are on our table, I do not see this bill to be very present for us to deal with.”

“I’ve also indicated that I believe in the philosophy I believe in the principles in this bill. But the timing is also very important to me, timing because we are in an era whereby there are pressing issues that we need to deal with as a nation,” he added.