Apeatse Explosion: IPR commiserates with victims and families of deceased 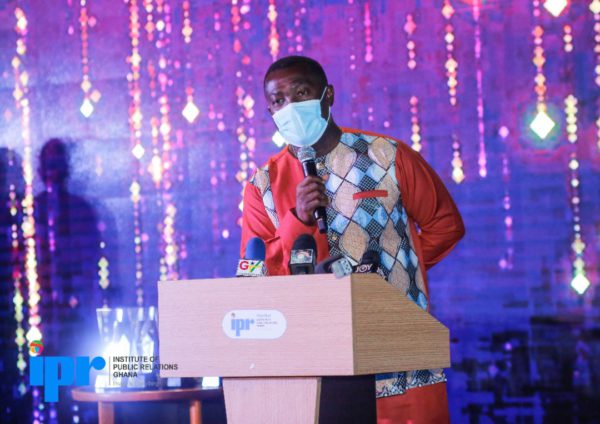 The Institute of Public Relations has commiserated with victims and families of the deceased in the explosion at Apeatse, near Bogoso in the Prestea-Huni Valley District of the Western Region.

The IPR President, Mawuko Afadzinu, who said this on the sidelines of the IPR Ghana Excellence Awards 2021, in Akosombo on Saturday, opined that special attention must be given to the families and survivors who may have been traumatized by the unfortunate incident.

“The important thing now is to focus on the victims, and reach out to them, help the community to possibly rebuild and put together their lives,” he noted.

He said stakeholders and relevant institutions must work towards ensuring that such a catastrophe does not happen again.

“We see what could have been done to have averted the situation and ensure that we apply the rules in such a way that it will protect the vulnerable, we protect those who go about their duties doing the right thing”, he said.

“We can only commiserate with the victims, and we can only say that once all the facts are gathered, we should make sure this does not happen again”, he concluded.

The 20th January 2022 incident left 14 residents of Apeatse dead,  59 injured, 4 in critical condition, while 384 residents have been displaced, according to authorities.