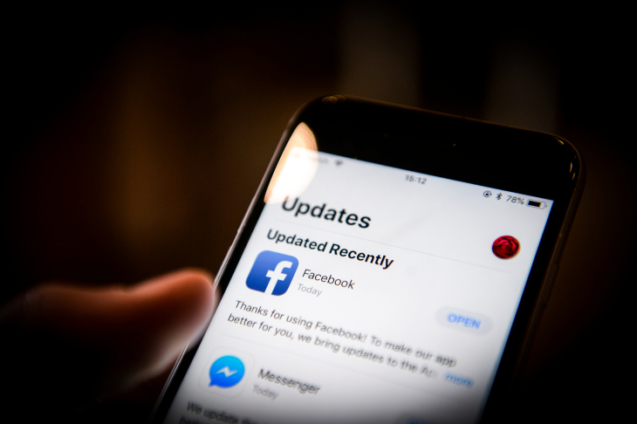 The Updates screen in the Apple App Store is seen on an iPhone in this photo illustration on June 18, 2018. (Photo by Jaap Arriens/NurPhoto via Getty Images)

Apple blocked Facebook from informing users that Apple would collect 30 percent of in-app purchases made through a planned new feature, Facebook tells Reuters.

Apple’s rules say that purchases of digital content have to use the App Store’s payments system, giving Apple 30 percent of the total.

Facebook says it asked Apple to waive this fee so that all of the revenue could go to event organizers, but Apple refused. The feature is now available but without the message about Apple’s 30-percent cut.

Earlier this month, Facebook released an image showing what the message would look like in the app.

The planned message on Android was expected to read “Facebook doesn’t take a fee from this purchase.” According to Reuters, that message doesn’t show up in the version of the app downloaded through Google Play, either.

“Now more than ever, we should have the option to help people understand where money they intend for small businesses actually goes,” Facebook said in a statement to Reuters.

“Unfortunately Apple rejected our transparency notice around their 30-percent tax but we are still working to make that information available inside the app experience.”

It’s unclear how exactly Facebook could go about doing that, and it’s not surprising that Apple blocked the notice. Apple has been strict on apps that try to explain App Store policies — apps like Netflix, Kindle, and Spotify, for example, aren’t allowed to mention that users could pay on the web without Apple taking a cut, much less provide a link to do so.

What does seem clear is that by conducting this business in public, previewing a feature that was unlikely to get approved in its intended state, Facebook is attempting to drive further conversation around Apple’s App Store policies, which have never been more controversial.