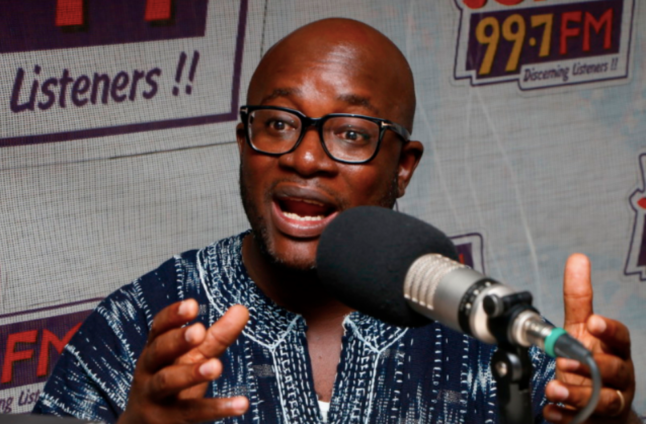 Parliament’s Appointment Committee has recommended the approval of Deputy Minister-designate for Energy, Andrew Egyapa Mercer less than 24 hours after the Minority MPs on the Committee deferred his approval by the House.

“If you disagree with the way a Minister labels a transaction which is a legal document, for me, it is a matter of opinion about a legal document. It is not the kind of issue that I will withhold my consent to the approval of somebody as a Deputy Minister. The Committee is therefore recommending him,” a member of the Committee, Mahama Ayariga told JoyNews.

The NDC MPs on the Appointments Committee, Monday, June 7, withheld the approval of Mr Mercer for strongly contesting the assertion of former Energy Minister Peter Amewu that the PDS-ECG deal was fraudulent during his vetting but later retracted his position after the intervention of the Chairman of the Committee, Joseph Osei Owusu.

During the exercise, Mr Mercer told the Committee that a statement released by the Ministry of Information revealed that the government detected some material breaches and therefore, proceeded to suspend the transaction while undergoing investigation, hence the deal which was cancelled in October 2019 could not be described as fraudulent.

“Mr Chairman, I am a lawyer, and so words like fraud, which connotes grave offenses, ought not to be used loosely without requisite fact or evidence to support it. So with all the information available to me at the time led me to draw the conclusion that the then Minister of Energy had misspoken,” he stated.

Subsequently, the 25-member Committee decided to review the nominee’s vetting footage before taking a final decision.

After this exercise, Mahama Ayariga, Tuesday, June 8, told JoyNews that the Committee decided to not withhold the recommendation of Mr Mercer for approval merely on the basis of him having contradicting views on the PDS-ECG agreement.

He revealed that he did not participate in the review of Mr Mercer’s vetting footage which subsequently led to his approval.

However, he told Joseph Opoku Gakpo that he would not hold the opposing views of Mr Mercer against him since “it is not the kind of weighty matter to which I would refuse somebody a nomination to be a Deputy Minister.”

He also held the view that Mr Egyapa Mercer backtracked his earlier decision on the PDS-ECG deal because he could not effectively communicate the reason for opposing the views of Peter Amewu, who stated that the agreement was fraudulent.

“He backtracked, I listened to him. I just felt he couldn’t express himself very well. I mean, he couldn’t communicate effectively his jurisprudence around this issue. He didn’t explain it well, I thought as a more senior lawyer, he wasn’t probably communicating it well so some members of the Committee did not understand exactly what he was trying to convey,” he said.

DISCLAIMER: The Views, Comments, Opinions, Contributions and Statements made by Readers and Contributors on this platform do not necessarily represent the views or policy of Multimedia Group Limited.
Tags:
Andrew Egyapa Mercer
Appointments Committee
Deputy Minister-designate for Energy
Mahama Ayariga