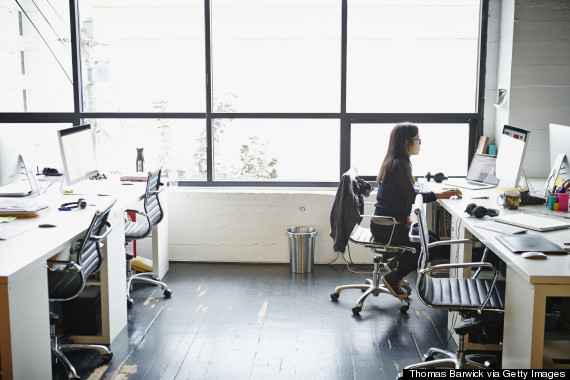 If the idea of getting paid a decent monthly wage to do nothing, or whatever you want, for the rest of your life sounds appealing, you may be interested in this Swedish experimental art project that plans to hire a very lucky person for a responsibility-free job with just one very simple requirement.

This government-funded conceptual art project/ideal employment opportunity in Gothenburg, Sweden will select one very lucky applicant to show up at a train station currently under construction in the city every day and punch a time clock. This will turn on a set of fluorescent lights over the boarding platform to let everyone know that the useless employee showed up at work that day. After that, the person is free to do anything they want, or nothing at all, just as long as they return to the station to clock out and turn off the lights when their shift is over. They don’t have to hang around the train station during working hours, and they can quit or be replaced by someone else anytime they want. As long as they don’t get another job, the position is guaranteed for the rest of their lives.

You might be wondering what a job that basically only requires you to clock in and clock out every day pays. Well, according to Atlas Obscura, the selected candidate will earn a monthly salary of about $2,320, plus annual raises, benefits, vacation time and a guaranteed pension fund. It’s not the best paying job in the world, but considering that “whatever the employee chooses to do constitutes the work”, the offer isn’t bad at all.

In 2017, Public Art Agency Sweden and the Swedish Transport Administration announced an international competition for artists willing to contribute ideas for the design of Gothenburg’s Korsvagen train station, offering a prize of 7 million Swedish krona (about $750,000) to the winner. Only instead of coming up with actual design ideas, Swedish artist duo Simon Goldin and Jakob Senneby suggested that the prize money is used to pay one worker’s salary and give them absolutely nothing to do all day. And that’s how their “Eternal Employment” project began.

The two artists even came up with a plan to ensure that the prize money would be enough to pay the useless employee for “eternity”, which in this case means 120 years. By setting up a foundation to prevent the prize money from being taxed and then investing it in an equity fund, they came to the conclusion that there was a 75% chance that they’d be able to pay a $2,312 monthly wage, plus an annual salary increase of 3.2 percent, for 120 years or more.

The jury apparently loved the artists’ original idea as their project was announced as the winner in October of last year. There was an uproar in Sweden about it, with politicians from all sides of the aisle accusing them of wasting taxpayers’ money.

“Old Social Democrats accused them of using financial realism to mock the transcendental accomplishments of the welfare state,” Brian Kuan Wood, a board member for the Eternal Employment foundation, said. “Neoliberal ‘progressives’ accused them of wasting taxpayers’ money to stage a nostalgic return to that same welfare state.”

Others just called the idea stupid and worthless, which the artists fully agree with. They acknowledge that paying someone to show up at a train station two times a day just to punch a time clock is unproductive and pointless, but that’s the whole idea.

If you’re already thinking “where do I sign up?” I have some bad news for you. Because Korsvagen train station is still under construction, the position will only become available in 2026, after the station is inaugurated. The artists will start taking in applications a year earlier, but if you’d like to get more familiar with this unique employment opportunity, a draft job description is already available online.