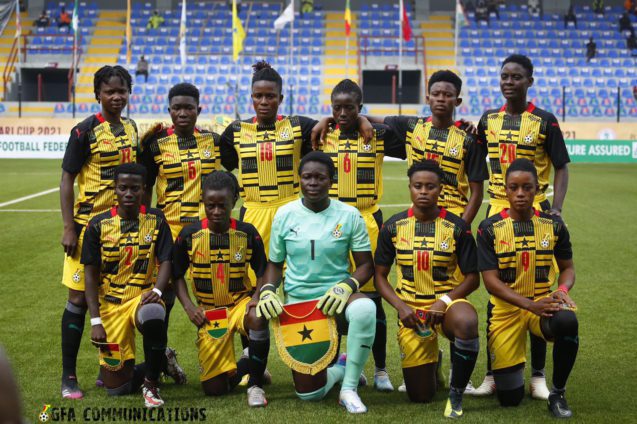 Ghana suffered a 2-0 loss to Nigeria in the first leg of the Africa Women’s Cup of Nations qualifiers on Wednesday, October 20.

The Black Queens’ first-half poor showing saw them concede two goals in the opening 25 minutes before holding off the Super Falcons creditably in the second half.

Nigeria were too strong for their visitors and the result was there to show for their impressive performance.

Uchenna Kanu opened the scoring for the home side after 15 minutes, creating a space for herself before slotting the ball home.

The Sweden-based striker doubled the lead moments later, rising tallest in the box to head in Toni Payne’s delivery from a set-piece.

Ghana went into the break with a two-goal deficit having failed to create enough chances.

After the recess, goalkeeper Fafali Dumehasi made three fine saves to keep Mercy Tagoe’s team in the game, while also preventing Nigeria from adding to the misery.

However the Queens tried to get back into the game, the home side’s defence was not going to breached.

The reverse fixture will be played in Accra on Sunday, with the winner qualifying for the main tournament to be held in Morocco next year.