Bawumia’s claim that cedi depreciation has been arrested was backed by data - Boako - MyJoyOnline.com 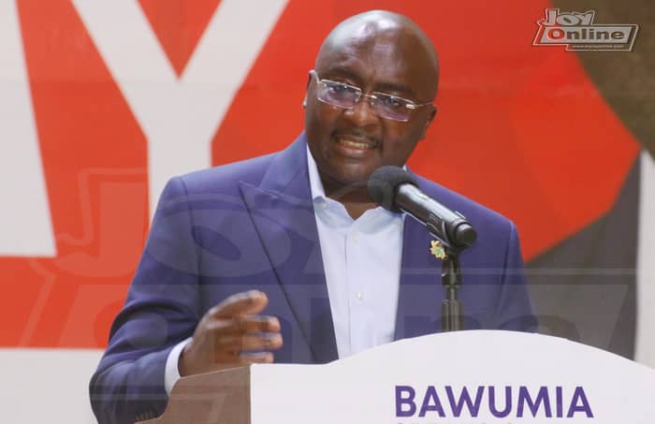 The spokesperson for the Vice President, Dr. Gideon Boako, has said that Dr. Mahamudu Bawumia’s assertion that the government has stabilised the cedi against major currencies was accurate at the time he made the claim.

He noted that during the first term of the New Patriotic Party (NPP) government, the cedi was better managed even in the face of the coronavirus pandemic, something he said was not done during the Mahama-NDC administration.

“So, if he [Bawumia] says we have arrested the rate of depreciation at the time, the evidence and data at the time supported that… so that was a factual statement to make. But as to whether or not you are able to hold on to that is something else.

“Basically, he was talking about the rate of depreciation. Definitely, if any economist is making a comment, it was right for the economist to say that the speed at which the currency depreciates has slowed down,” he said.

The cedi was classified as the worst of African currencies with the “Worst Spot Returns” by Bloomberg.

It was followed by the Zambian kwacha with a depreciation of 6.02%.

A Bank of Ghana data has revealed that the cedi depreciated by some 14.6% to the dollar in the first quarter of 2022.

But Dr. Boako says the current performance of the cedi cannot be compared to the period under which the Vice President made that statement.

“The fact that he made a statement that is factual. That is data. If you are speaking to data, you speak to data,” he told Accra-based Citi TV, Monday.

He argued that the NPP used false promises to convince Ghanaians to vote them into power, adding that the Party has failed to deliver on its mandate.

JoyNews/AdomNews · The dollar has arrested Bawumia; we are looking for him – Mahama

Speaking at the launch of a mobile app for the Tertiary Education Institutions Network (TEIN), at the University for Professional Studies in Accra, Mr. Mahama said the current state of the economy is an issue that requires prudent measures by government.

He, therefore, urged the once vociferous Dr. Bawumia to speak up.

“We can’t find him. I asked the IGP if he had the key so that we could find where our Vice President was, but he said he doesn’t have it and doesn’t know his whereabouts”, John Mahama said.