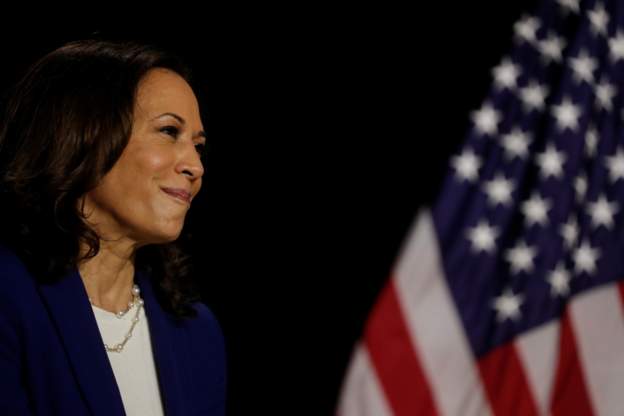 A city council member in Berkeley, California, has called for the school the vice-president-elect attended to be renamed the Kamala Harris Elementary School.

Harris attended the Thousand Oaks Elementary School in the late 60s and early 70s. The school’s principal said it took “pride and excitement” in Harris’s success, but the decision would be up to the school board or superintendent, the San Francisco Chronicle writes.

There appear to be no schools yet named after Donald Trump but at least one square has been named in the president’s honour in Israel.

Separately, the president of a local school board in San Francisco quit after his Trump-supporting wife posted racist tweets about Harris.

Jon Venverloh said he disagreed with his wife’s “reprehensible views”.

She has since apologised.