Bitcoin slumps as much as 10% in deepening crypto sector selloff 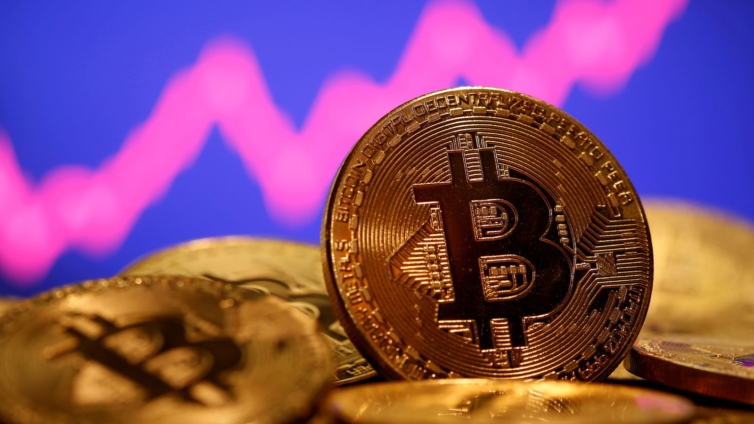 Bitcoin delivered another white-knuckle ride Tuesday, June 14th, 2022, dropping 10% before paring much of the slide as speculators struggled to price in the prospect of even bigger Federal Reserve interest-rate hikes to quell inflation.

The world’s largest digital token more than halved a $2,386 intraday drop to trade at $22,690 as of 2:19 p.m. in Tokyo. Coins such as Ether and Avalanche also trimmed losses, while Polkadot was among those flirting with gains.

Cryptocurrencies have become emblematic of a flight from speculative assets as monetary policy is tightened around the world to fight inflation, draining liquidity from global markets. Each swoon evokes the obligatory question of whether the time is right to buy the dip because a nadir may be close at hand.

“There were some buyers waiting for an opportunity to buy on dips and that’s why Bitcoin has come off its lows,” Sathvik Vishwanath, chief executive officer of the Unocoin crypto exchange, said from Bengaluru, India. But the reprieve may be temporary as retail investors remain jittery about liquidity, he said.

Crypto lender Celsius freezing withdrawals on Monday exacerbated worries about the stress in the digital-asset sector, a fresh crisis just a month after the Terra stablecoin’s collapse roiled the market.

Traders are also monitoring MicroStrategy Inc., whose big bet on Bitcoin is backfiring. The firm loaded up on the coins and may need to post additional collateral for a loan as Bitcoin tests a key price range it flagged last month.

More than $1.1 billion was liquidated in the crypto markets on Monday — about $685 million of longs and $468 million on the short side, according to Coinglass data. That’s the most for both longs and shorts in at least the past three months, the data showed.

Crypto linked shares in Asia, such as Monex Group and SBI Holdings Inc., retreated Tuesday amid the sour overall mood.

Some strategists are looking for signs of a crypto bottom. Mark Newton of Fundstrat Global Advisors said Bitcoin is “getting closer to intermediate-term levels of support which suggest buying dips should be correct by the end of the second quarter.”

DISCLAIMER: The Views, Comments, Opinions, Contributions and Statements made by Readers and Contributors on this platform do not necessarily represent the views or policy of Multimedia Group Limited.
Tags:
Bitcoin
cypto markets