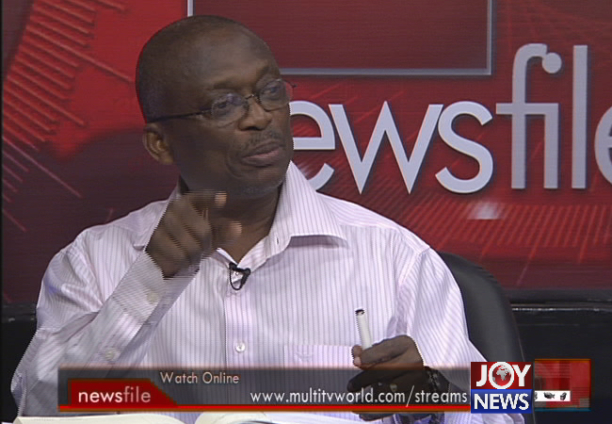 Editor in chief of the New Crusading Guide newspaper, Kweku Baako has said that it will be unfair for government communicators to blame the recent cocaine saga on the New Patriotic Party (NPP).

He said communicators in the ruling National democratic Congress (NDC) are making a desperate attempt to push the blame on the NPP in order to win political points.

Speaking on Peace FMs Morning Show, ‘Kokrokoo’, the veteran journalist said the NDC is running from the truth and that the notion that it was under President Kufuor’s administration that the trade of illicit drugs begun is untrue.

Mr Baako insisted that there were many drug cases recorded in the country even before the NPP came to power in 2001.

According to him most of these cases were investigated, many people were prosecuted and recommendations were made by the appropriate institutions on what should be done.

Several Ghanaian citizens, Mr Baako noted, have been arrested and are serving jail terms in Europe and the United States after they were caught with illegal substances.

He insisted the situation is marring the image of the country, portraying innocent citizens as drug peddlers and having them go through grueling checks at airports across the world.

He said instead of the two main political parties playing politics with the situation, a concerted effort must be made to ensure that the situation is properly dealt with and a permanent solution found to curb the menace.

The issues must be dealt with in total honesty and party communicators should be prepared to address issues fairly and devoid of lies.