Seven people have been confirmed dead and dozens more are missing after a boat capsized in western Uganda on Sunday.

The boat was carrying more than 50 football players and fans from the western Uganda district of Hoima.

Witnesses say overloading and bad weather are probably to blame for the accident, as rescue attempts continue.

In 2016, about 30 footballers and fans drowned when their boat capsized on Lake Albert.

The passengers were travelling to Runga landing site where a friendly match between two local clubs was scheduled.

The wooden canoe capsized shortly after it departed the docks.

A police spokesperson said that fishermen at nearby landing sites rushed to the rescue and 32 people were rescued within an hour of the accident. 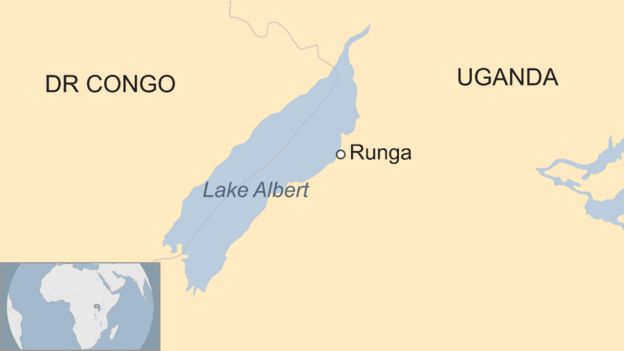 The police and Military Marine Unit responded shortly afterwards with divers who have since been able to recover seven bodies, the BBC’s Dear Jeanne reports from Kampala.

Why are there so many deaths when boats capsize?

Police and eyewitnesses say the boat was overloaded and then hit by strong winds.

Survivors say most people on the boat were not wearing life jackets.

In 2016, another boat carrying footballers and fans capsized on Lake Albert, killing more than 20 people.

In 2015, two boats carrying refugees being repatriated to DR Congo capsized and 109 bodies were recovered in Lake Albert.

Boat owners usually have some lifejackets onboard to avoid getting arrested by the marine police but the lifejackets are often old and there are not enough for all the passengers, our reporter says.

She adds that not many Ugandans, except those who live near water, know how to swim, which could be one reason for the high number of fatalities in boat accidents in the country.