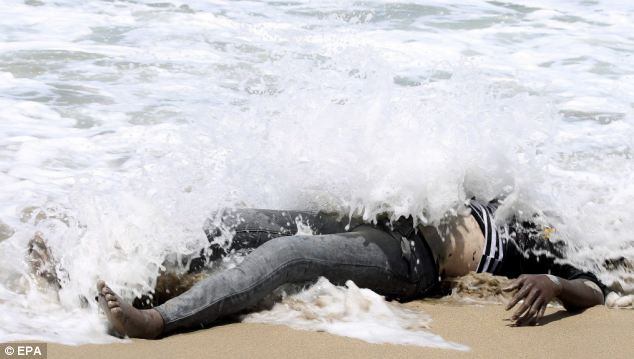 An unidentified body of a female adult believed to be about 30 years of age, has been washed ashore at Golden Beach at Prampram, in the Ningo-Prampram District of the Greater Accra Region.

The lifeless body, which was said to be fair in complexion and about five feet, eight inches tall, was found in a state of decomposi­tion. The body has since been deposited at the Police Hospital mortuary in Accra.

Assistant Superintendent of Police (ASP) Olivia Turkson, Pub­lic Affairs Manager of the Tema Region of the Police Service, explained that initial investigations indicated the woman had been dead for at least five days.

However, the cause of death and her identity were yet to be determined. She said the police were expecting members of the public to come with information that could assist with investigation.

The police are currently in search of two missing persons, Theophilus Tagoe, a musician who is known in showbiz as Castro and her supposed female friend, Janet Bandu, who together with some friends – including Black Stars skipper Asamoah Cyan – went to Ada in the Greater Accra Region to have fun almost three months ago.

The Public Affairs Unit of the Tema Regional Police Command has requested that anybody who has not seen a relative over the last few days and who fits in the above description, should contact the Pub­lic Affairs Unit.