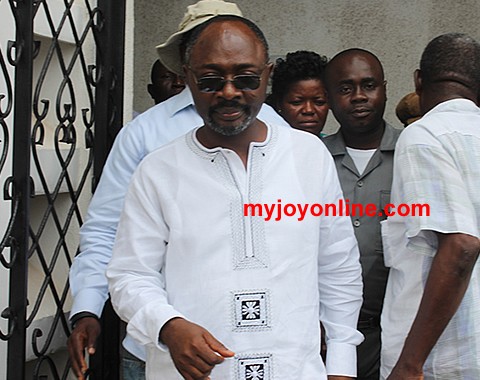 Officials of the Bank of Ghana (BoG) will make an initial appearance at the commission of inquiry established by the President to investigate judgement debt payments and other related matters when it resumes sitting on Monday, February 11, 2013.

A statement issued by the Public Relations Officer for the commission, George William Dove, said the commission would continue sitting on Tuesday, February 12, 2013 and Wednesday. February 13, 2013.

The public sittings are scheduled to take place at the Old Parliament House in Accra at 10 am each day.

The statement asked members of the public who wished to testify or volunteer information to first report at the commission’s office to give their statement after which it would schedule a date for them to give evidence.

“All those who intend to testify or volunteer information to the commission but are unable to be present in person are requested to submit memoranda to the commission. All such memoranda will be treated confidentially,” the statement noted.

President John Mahama in October 2012 swore in Justice Yaw Appau, a Justice of the Appca Court, as Sole Commissioner to investigate judgement debt payments and other related matters which have become critical issues of national concern.

The committee has one year to submit its report to the Presidency. Its terms of reference include ascertaining the causes of any inordinate payment; made from public funds for judgement debts since the inception of the 1992 Constitution.

It is also to ascertain the causes of any ordinate payment from public funds and financial losses arising from arbitration awards and negotiated settlements since 1992.

The commission is required to make recommendations to the government to help address sue problems in the future.