Burundi's opposition has rejected a proposal by the electoral commission to hold presidential polls on 15 July.

The opposition said its demand for free elections have not been met.

It also called for UN mediator Said Djinnit to resign, saying he had failed to tackle the crisis in the poor central African state.

Burundi was hit by protests and a failed coup after President Pierre Nkurunziza announced in April that he would run for a third term.

Western donors have cut some aid to the country, and say they will not help finance the election.

Mr Nkurunziza's spokesman Philippe Nzobonariba said his decision to stand for re-election was "non-negotiable", and the polls would not be delayed again.

The proposed date falls short of a call by regional leaders to delay the poll, which had been scheduled for 26 June, by at least six weeks.

The commission has suggested that parliamentary elections, originally due on 5 June, be shifted to 26 June.

None of the opposition parties attended the meeting on Monday where the commission unveiled the new dates, Reuters news agency reports.

A group of 17 opposition parties had earlier issued a statement saying they were committed to dialogue, but repeated their demand for the 51-year-old Mr Nkurunziza to quit, it reports. 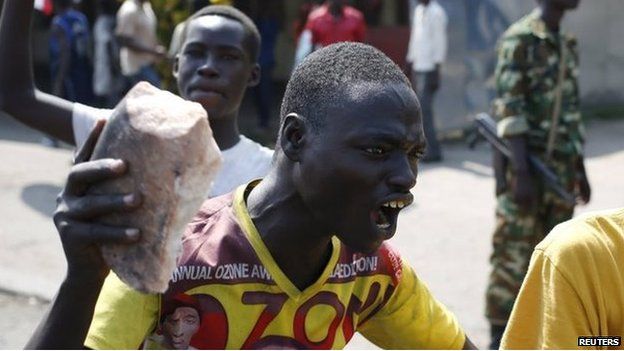 The government has accused the demonstrators of being "terrorists" 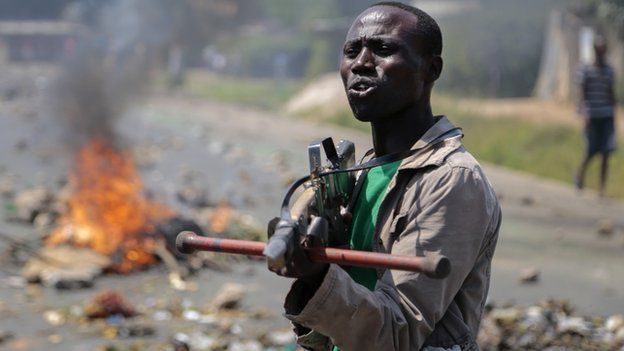 The BBC French Service's Venuste Nshimiyimana reports that one of the main opposition parties, the National Liberation Forces (FNL), has condemned the electoral commission's proposal as unconstitutional.

FNL secretary-general Adolphe Banyikwa said the five-member body lacked a quorum, after two of its members fled to Rwanda because they feared for their lives.

More than 20 people have been killed since 25 April in protests against Mr Nkurunziza's bid to extend his 10-year rule.

More than 100,000 have fled to neighbouring states, aid agencies say.

Another opposition leader, Charles Nditije, told the AFP news agency that Burundi could not hold elections in the current climate. 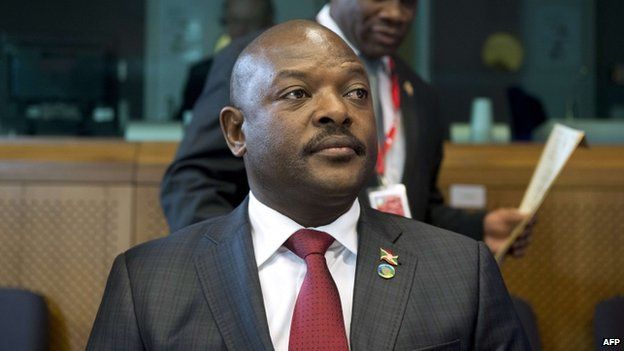 "If things remain as they are, we consider that it will be a masquerade, a parody of elections," Mr Nditije is quoted as saying.

Mr Djinnit had not focused on Mr Nkurunziza bid for re-election, which is the root of the crisis in Burundi, the letter said.

The opposition says Mr Nkurunziza's attempt to run for office again contravenes the constitution, which states a president can only serve two terms.

But Mr Nkurunziza's supporters argue that he is entitled to another term because he was first elected by parliament in 2005 – not voters. The Constitutional Court has ruled in favour of the president.

Earlier in May, the president survived a coup attempt while he was in Dar es Salaam for talks with regional leaders on the crisis.

The coup bid was launched by Maj Gen Godefroid Niyombare, a former ally of the president. His whereabouts are unknown.