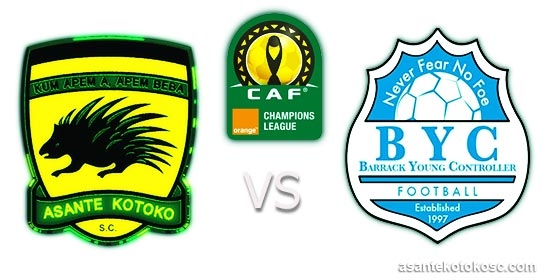 Barrack Young Controllers knocked out Asante Kotoko in the CAF Champions League with a vital 1-0 win on Sunday in Monrovia to sail through on away goals.

The match which was keenly played by both teams saw both Kotoko and Young Boys failing to find the back of the net in the first half, though the home team were slightly ahead in terms of possession.

Kotoko were riding their luck especially in the second half as they knew a goalless draw would have seen them qualify for the next stage of the competition.

But with about five minutes to end the game, Barrack Young Controllers found the first and only goal of the match, an action that meant that they qualified at the expense of Kotoko via the away goal rule.

Asante Kotoko becomes the only Ghanaian Club to have failed to qualify for the next stage of this year’s CAF competitions.

SC Medeama, Ebusua Dwarfs and Berekum Chelsea have all booked their place at the next stage of their various CAF Competitions.